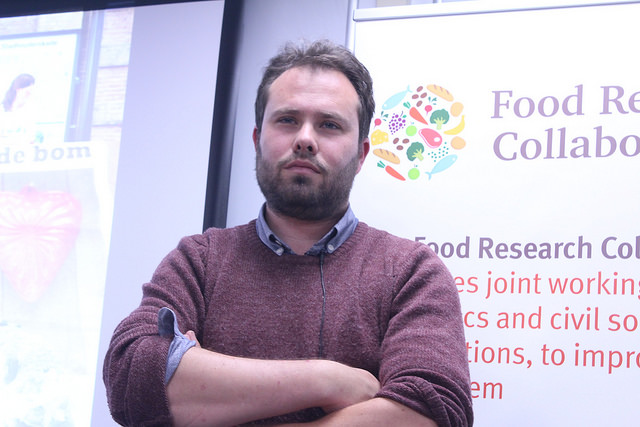 Samuel Levie from The Food Cabinet  joins the FRC for our Food Bites series and explores the current issues in the food system and what civil society organisations and academics could be doing to work towards solutions that address the issues within the food system.

In 2008, Samuel started the Youth Food Movement, with the idea in mind that something had to change in the way we handle food. Soon afterwards, he started his own consultancy and catering agency called The Green Peas, that later turned into Food Cabinet. With two good friends, he started the sausage company Brandt & Levie. In 2012 he handed over his chairmanship of the Youth Food Movement, to be able to focus completely on Food Cabinet.

Samuel speaks at a range of events about food, trends and entrepreneurship, and is very involved in society. He is columnist for Jamie Magazine and the newspaper Het Parool. In 2010 Samuel was named Social Entrepreneur of the year, and in 2012 he became Food Trendwatcher of the year. Samuel studied Political Science at the University of Amsterdam and graduated on paradigms in food policy.

Samuel also joined the FRC for a Food Thinkers seminar