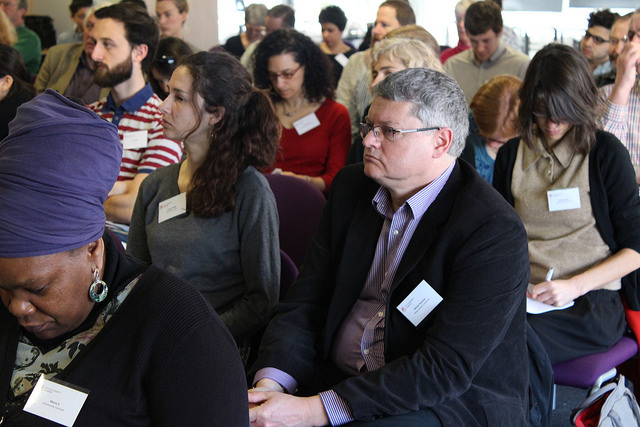 This seminar’s focus is on the position and role of Food Corporations. Civil society organisations (CSOs) spend much time and energy trying to influence and sometimes confront huge corporations which dominate the UK, EU and global food systems. Support from academics to CSOs in this work is patchy. On some issues – obesity, food products, safety – there is a tradition of academic-NGO liaison, but on wages or conditions, there is less. This seminar is a chance to consider what is going on in the corporate food world and the nature of food corporate power.

Session 1: Food Corporations- The Players and the Dynamics

1. Who are the food corporate giants? Dynamics and vulnerability

In this presentation we set out and raise a number of key questions about the place and role of food corporations in global and UK food supply. In the developed world most of us rely on food business in one form or another to provide our food. But how this is done and carried out is the crux of food industry problems identified and analysed by civil society organisations and often shown to be hugely problematic. Food business itself is also confronting critical challenges to its usual business models – from sustainability and environmental challenges to the widespread recognition and continuing problem of the health qualities of many products. Then there is the challenging business environment with competition and business tendencies shaping or re-shaping global markets and logistics chains. But business itself is fragmented: global giants sit side-by-side with 100,000s of small enterprises all vying for the consumer food dollar. It therefore becomes a question of power: the ability to act, to set the rules of the game. We consider such dynamics in context for civil society and academia.

2. What do food corporations say and what do they do?

The previous session looks at the big food producers. But what do we mean by Big Food and should we refer to the multinational corporations as ‘Big Snack’ instead? “We all need food”, they say, but can we distinguish between food we need and food we don’t need, and what tools do we need to do this? If we categorise food producers into better and worse, which ones are being invited to help with policy formation at global level? Food companies like to say that they “add value” – but what is added value? Convenience? Nutrition?

Food companies say they only produce what people want and “there is no money providing things people don’t want”. Is this the case? Or do they actually generate the demand that they gain from? What language do they use to describe their own marketing activities? Why is it so important that their products are branded with easily recognised logos?

The paper will attempt to empirically and conceptually trace the changing nature of corporate food governance and financialisation in the UK and Europe, especially since the food, financial and fiscal crisis emerged from 2007-8. The emphasis will be on the exogenous and endogenous vulnerabilities that are currently being exposed. It will also question the degree to which new landscape pressures built around the new ecological and political vulnerabilities associated with centralised and privatised systems of supply chain control and the onset of ‘stranded assets’ will provide new spaces of possibility for more sustainable and distributed systems of food governance to take hold.


4. Lessons in negotiation: the IUF and international corporate power

The IUF was the first international trade union organization to advocate the need for transnational corporations to recognize and negotiate with international trade unions at global corporate level, and was the first to actually enter into such agreements. Over the past two decades, these relationships have gained ground with a growing number of the leading TNCs in the food sector (though not of course all), and the bargaining agenda has broadened to include relationships in the supply chain, though this work is just beginning. The short presentation will discuss the experience of these negotiations (what has been achieved, what needs to be done, what are the possibilities and the limitations) and their relationship to efforts to transform the global food system.

5. At the end of the day it's a business: food corporations and social sustainability

Social sustainability can refer both to social attributes that are to be sustained (which ones? who decides?) and to the social processes through which sustainable development is defined, contested, pursued and resisted. This presentation draws on research into how social sustainability is being interpreted and acted on in the UK’s ‘conventional’ food supply – often seen as the epitome of unsustainability. It shows that there are informed and energetic activities underway, but that the business mentality may ‘at the end of the day’ (which is what sustainability is concerned with) thwart these efforts.

Session 2: How to relate with Food Corporations; options for Civil Society

6. Corporate social responsibility and other fictions

In this talk I want to critically interrogate the concept of corporate social responsibility. CSR has become a major industry in recent times as large corporations take on responsibilities once considered the purview of governments. I argue that despite their emancipatory rhetoric, discourses of corporate social responsibility are defined by narrow business interests and serve to curtail interests of external stakeholders. CSR has become an ideological movement designed to consolidate the power of multinational corporations. I discuss the corporate capture of sustainability and social responsibility and show how CSR is sometimes used as a weapon to neutralize anti-corporate resistance movements. I conclude by outlining alternate visions of CSR that can make corporations more accountable.


7. Working with food corporations to influence food change within the food system

Mark Driscoll, Head of Food, Forum for the Future

‘Mark’s presentation will explore how the non-profit sector can work with food businesses in a way that challenges food businesses to move beyond traditional CSR strategies and business as usual. Mark will explore how businesses need to shape and influence the external context in which they operate, whilst addressing some of the key environmental and social challenges of the 21st century. He will outline how Forum for the Future works with some of the world’s leading food businesses to embed sustainability across the business. He will also use a number of project examples (The Protein Challenge 2040, Tea 2030) to outline how Forum is working with businesses, governments and civil society organisations to address some of the systemic challenges to a sustainable food system, through pre competitive collaborative partnerships’


8. Union strategies on food corporations in the UK and globally

Dave’s presentation draws on the experience of working with shop stewards from a number of transnational food corporations with operations in the UK, and summarises the impact of financialisation on their working conditions, employment relationships and relations with management. He then gives a brief historical overview of union strategies to build international bargaining power for unions in food TNCs and the impact of new organising and campaigning methods, drawing on recent experience in the meat processing industry. Dave’s presentation concludes with some reflections on the relationships between NGOs and trade unions in the food industry.


9. From voluntary codes of conduct to full accountability: lessons from a 40 year campaign

Patti’s talk will focus on IBFAN’s experience in bringing in World Health Assembly Resolutions and helping governments end irresponsible marketing that continues to threaten child health and survival. She will show the importance of on-the-ground monitoring – looking at what companies do rather than what they say. She will also show how the Public Private Partnership /multi-stakeholderisation of policy setting at local, national, regional and global level, has thrown NGOs and policy makers off track, allowing corporations to pretend that voluntary agreements are win win solutions that are more effective than regulation.

In his talk, Nick explains how the mining of fresh, relevant data complete with case studies and context gives you a potent mix that can capture the news agenda. This investigative approach driven by innocent questions gets results. In the past, Nick has established the size and scale of the British financial lobby, the growth of the City’s funding of the Conservative party and the growth of Government spending on housing people in temporary accommodation at a time of benefit cuts. This “data plus” approach can be applied to the food sector.

Get the data, add the case studies, contextualise and capture the news agenda.


11. The Groceries Code Adjudicator: working for fairness in the groceries supply chain

The Groceries Code Adjudicator (GCA) was formally established on 25 June 2013 by an Act of Parliament. It was set up to ensure supermarkets treat their suppliers lawfully and fairly.

The appointment followed a 2008 Competition Commission Market Investigation into the groceries sector. The Competition Commission found that, while the sector was broadly competitive, some large retailers were transferring excessive risk and unexpected costs to their direct suppliers. This could discourage suppliers from investing in quality and innovation; small businesses could fail and, ultimately, there could be potential disadvantage to consumers.

Following the Commission’s recommendation, the government introduced the Groceries Supply Code of Practice (the Code) in 2010. This was designed to regulate the relationship between the 10 groceries retailers with UK annual turnover of more than £1 billion (the large retailers) and their direct suppliers.

The GCA was established on a statutory basis when retailers declined to self-regulate.

Christine Tacon – the first Adjudicator – is responsible for monitoring and encouraging compliance with and enforcing the Code. The GCA is funded by a levy on the large retailers. Suppliers, trade associations and other representative bodies are encouraged to provide the GCA with information and evidence about how the large retailers are treating their direct suppliers. All information received is dealt with on a confidential basis and the GCA has a legal duty to preserve anonymity.

We asked a few of those at the seminar what they thought about the issues raised during it with the intention of helping academics and civil society actors create a common agenda on food, the questions posed were as follows:

The Future of our Food is a major new seminar series funded by the UK Economic and Social Sciences Research Council. It brings people together to jointly explore emerging challenges in agriculture and food in the UK and globally. Each seminar explores themes of resilience, sustainability, nutritional security, public health, well-being and justice in the food system.