The second stage of the FRC Rethinking Food Governance project looks at the ‘connectedness’ of food policy-making by the national government in England. The findings are detailed in the Report and summarised in the Policy Brief.

Policy connections are important because many urgent food system issues – such as obesity or climate change – are multi-faceted and do not easily fit the institutional structures of government, which tend to be organised by responsibility for individual policy sectors, such as health, agriculture or trade. Major food-related challenges are seen to be systemic in that their causes and outcomes are complex and connected, spanning several policy areas. To tackle such problems effectively, policy-making also needs to be connected across departments, so the resulting policies work coherently together and achieve benefits across the system.

Information was collected from extensive documentary research and analysis, and from in-depth interviews with stakeholders from government, industry, civil society and academia.

The lists should be viewed as a starting point for exploring how future food governance might be better connected. The examples of connected working are a foundation on which to build, and help provide some nuance to the long-standing blanket criticism that there is a failure to join up food policy in England.

Recommendations include the need for improved communication and transparency about what is happening in government, a more connected approach by civil society, increased participation in policy-making by external stakeholders, and for a governance mechanism to bring actors and activities. 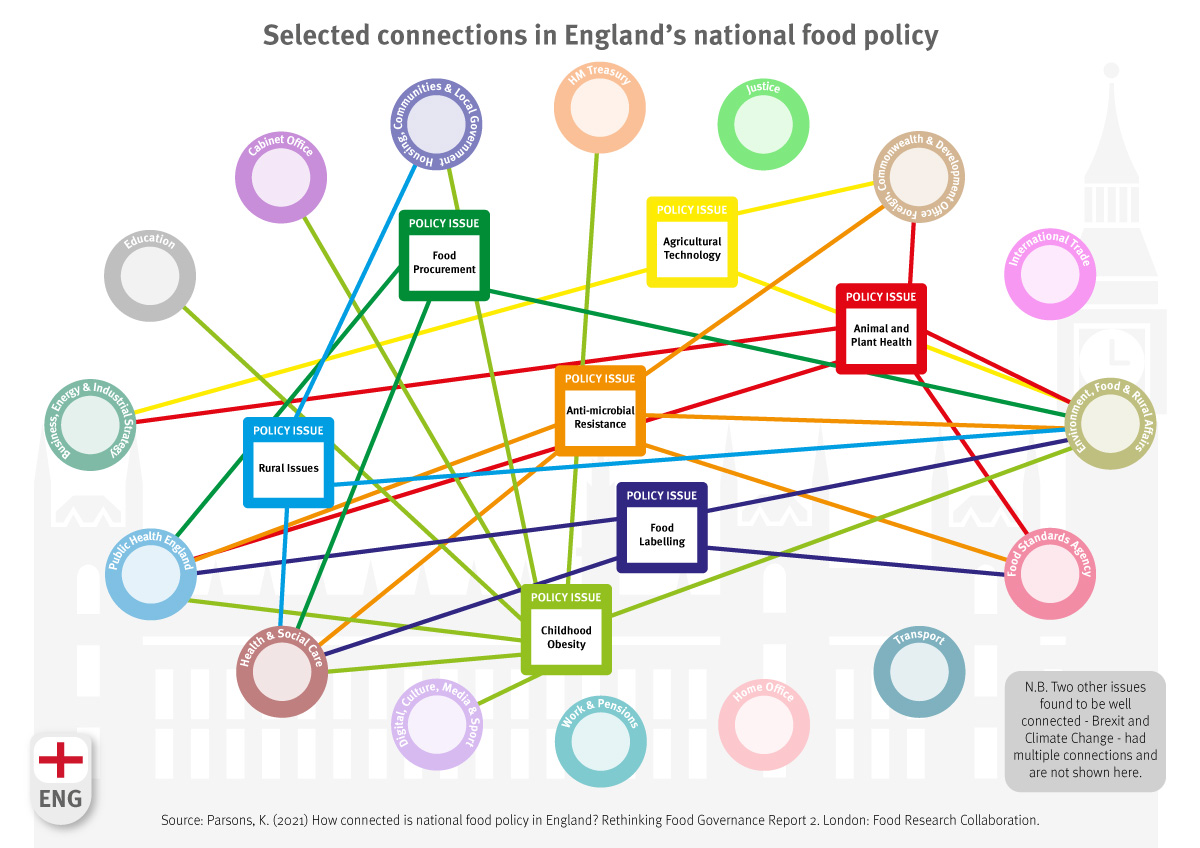 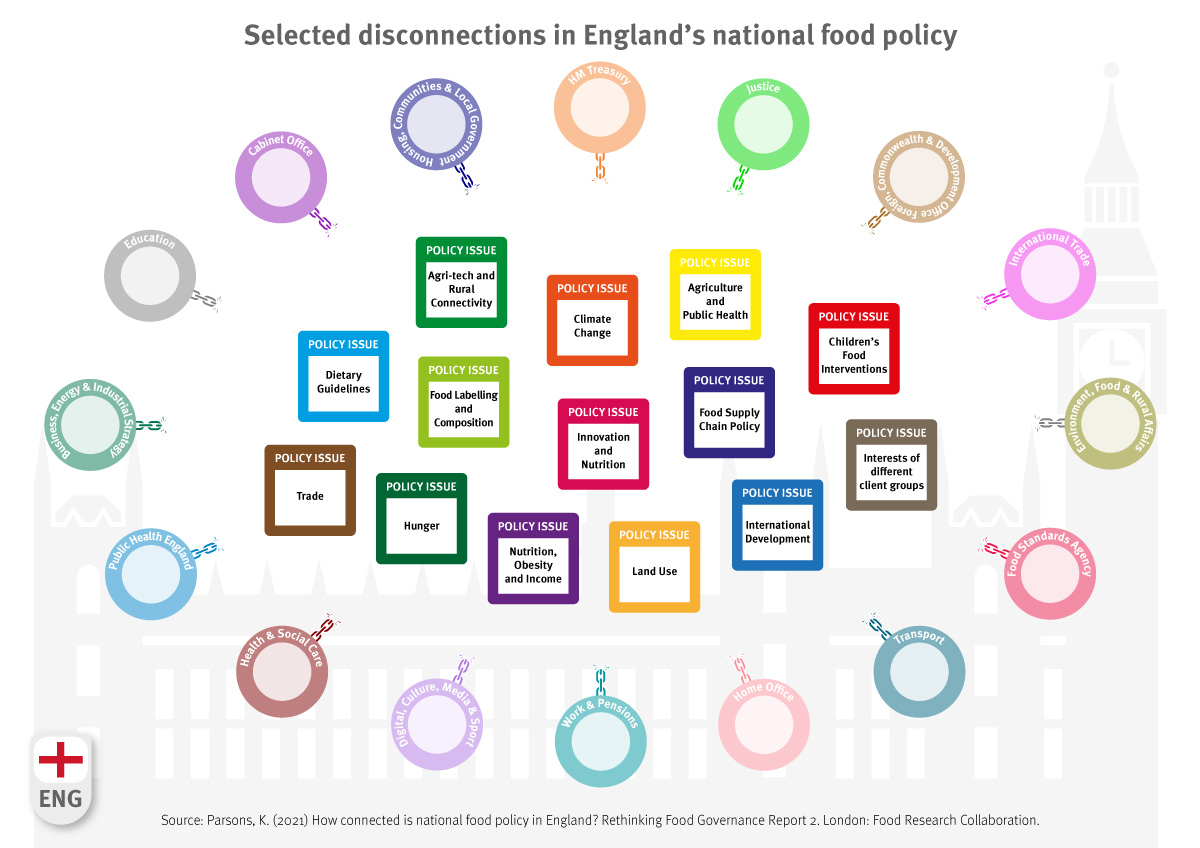