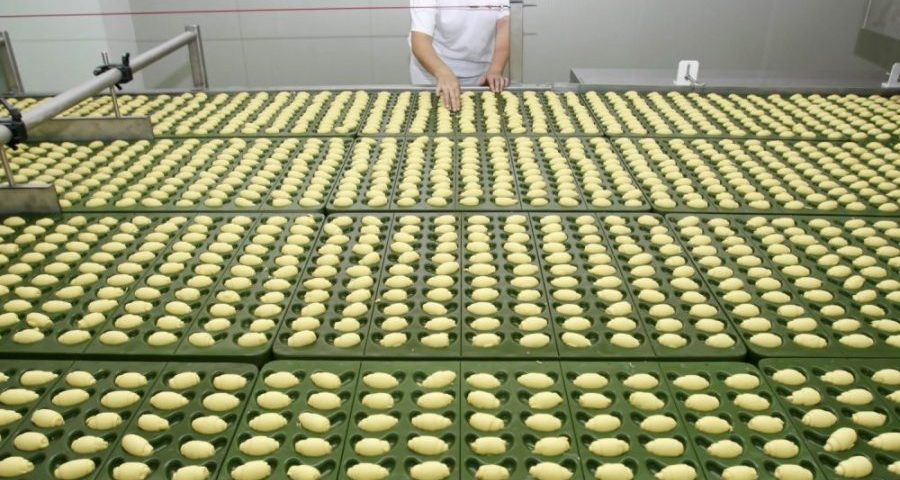 Earning a crust? A review of labour trends in UK food manufacturing

This Briefing Paper provides a detailed overview on jobs and labour markets in the UK food sector and focuses on food manufacturing. It identifies recent and longer-standing labour market trends that impact the UK workforce more generally but finds that in food manufacturing some of these are more pronounced. It also shows how the sector is being squeezed by the twin challenges of a potential labour shortage if the supply of EU migrants dries up after Brexit and the need to recruit up to 140,000 new workers by 2024.

The authors recommend a new collaborative approach that takes into account local and regional employment needs which encompasses smaller and medium-sized companies, that comprise the majority of food businesses and develops workers with the skills to innovate for a more sustainable and healthier food supply.

The report was first presented in a joint FRC/Sustain roundtable on food, jobs and work, held on 20 April 2016.

Michael has been a researcher, teacher, writer and consultant in the area of food policy for more than 25 years. His most recent book is the fully revised 2nd edition of Food Wars: The Global Battle for Mouths, Minds, and Markets(2015) written with Professor Tim Lang.

Michael has also worked as a freelance consultant for government, business and civil society organisations in a number of European countries, the United States, Canada, Japan, Australia, and is co-author of two further books Consumption in the Age of Affluence: the World of Food (1996) and The Functional Foods Revolution: Healthy People, Healthy Profits? (2001).

Adrian is a Research Fellow in the Hollings Faculty at Manchester Metropolitan University. He is an interdisciplinary social scientist with over 15 years’ experience researching applied aspects of food sustainability. Prior to joining MMU, Dr Morley managed the Universities West Midlands Food Smart City project and also coordinated food research at the Centre for Business Responsibility, Accountability, Sustainability and Society (Brass) at Cardiff University.

He led the Cardiff University team that prepared the official welsh food strategy ‘Food for Wales: Food from Wales 2010:2020’, and was responsible for the food sourcing aspects of the Food for Life Partnership evaluation. He also co-edited the book ‘Sustainable Food Systems: Building a New Paradigm’ which was published by Routledge in 2014.