Time to count the hungry: the case for a standard measure of household food insecurity in the UK – Food Policy Briefings 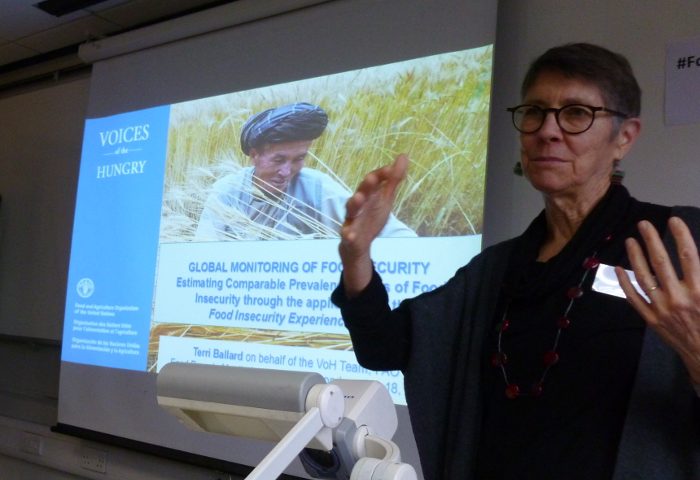 Time to count the hungry: the case for a standard measure of household food insecurity in the UK

This report is the product of a workshop devoted to the problem of monitoring household food insecurity in the UK, jointly organised by the Food Research Collaboration, Sustain: The alliance for better food and farming, the Food Foundation, Oxfam, and the Sociology Department of Oxford University.

The workshop, held in London in January 2016, was attended by academics and representatives from civil society organisations with long experience of working on the issue, and included presentations on past attempts to assess household food insecurity, methods of measurement used in other countries and by the UN, and current activity in the UK’s devolved administrations.

The conclusion of the workshop was that the UK would now benefit from using a standard measure of household food insecurity, which could be used to monitor the problem at both national and devolved levels as part of existing social and health surveys. This report makes the case for such a measure, and suggests two possible formats. It is hoped that it will stimulate discussion and form the basis of an action plan to bring about change.

The next step is to discuss this proposal in more detail with the devolved administrations, to agree on a set of questions suitable for use in the UK, and to investigate how (and at what cost) the proposed set of questions could most effectively be included in UK-wide or devolved-level surveys. As part of its obligations under the Sustainable Development Goals, agreed in 2016, the UK will shortly have to begin collecting data on national food insecurity. This presents an opportunity to introduce a robust measurement, along the lines described here, which would assist all those whose ambition is to end food insecurity in the UK.

This report was initially published on 4 April 2016. Minor amendments have been made on 25 April 2016.