The Bureau of Investigative Journalism on researching influential organisations 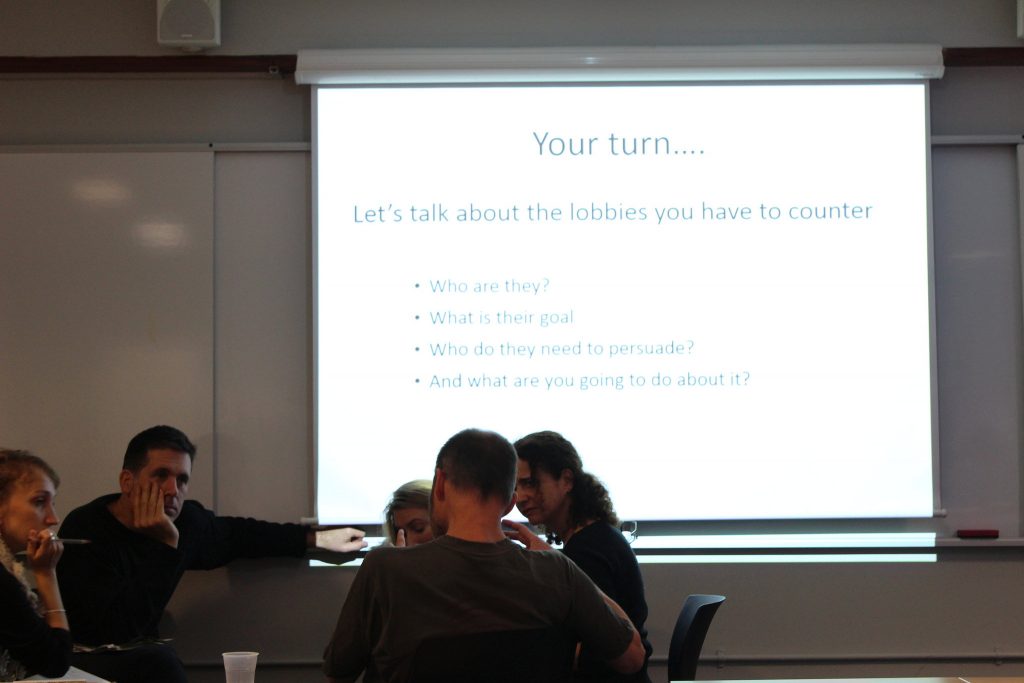 On 24 September, the Food Research Collaboration hosted its first members-only event, a workshop on researching influential food organisations using investigative journalism techniques. The event was led by Nick Mathiason from the Bureau of Investigative Journalism and was attended by 13 representatives of academia and civil society organisations.

The session started with a presentation on lobbying and the unequal power balance it often involves, followed by a discussion amongst participants on the lobbies from powerful players they must counter in their own work. Later in the day, Nick Mathiason explained how to investigate corporate data on accounts and tax, and what to look out for when trying to understand how companies function.

Journalist and researcher Sid Ryan held a presentation on the Freedom of Information Act (FOI), providing guidelines for requesting information from public authorities. Participants were told how to make the most of the Act and how to argue their case when exceptions from the law are invoked.  Max Harlow, Technical Lead at TBIJ, then talked about data for investigations, explaining how the use of new technologies can help unearth stories that would have otherwise gone untold.

At the end of the day, attendees concluded that investigative journalism techniques were indeed useful in their activity: “I’m going away with masses of more potential sources of information”, one participant said. Others suggested that a follow-up session might have a written investigation as the output of the workshop.