Figuring Out the Food Consumer

Addressing the Health Select Committee about the perils of sugar consumption, the celebrity chef Jamie Oliver delivered his coup de grâce. MPs were handed bottles of fizzy drinks, each with a specially designed label that showed how many teaspoons of sugar they contained. Oliver used the props to make his point: “British people, if given clear information, make good choices. Not all the time, but a lot.”

Such general claims about how consumers behave pervade the discourse of food politics. This matters because assumptions about who ‘the consumer’ is shape how society is governed. For instance, arguments for reforming food labelling lose salience if we believe that the consumer is not the kind of person who responds to nutritional information but someone who bases their decisions on peer pressure, relative prices, time constraints or culinary habits. 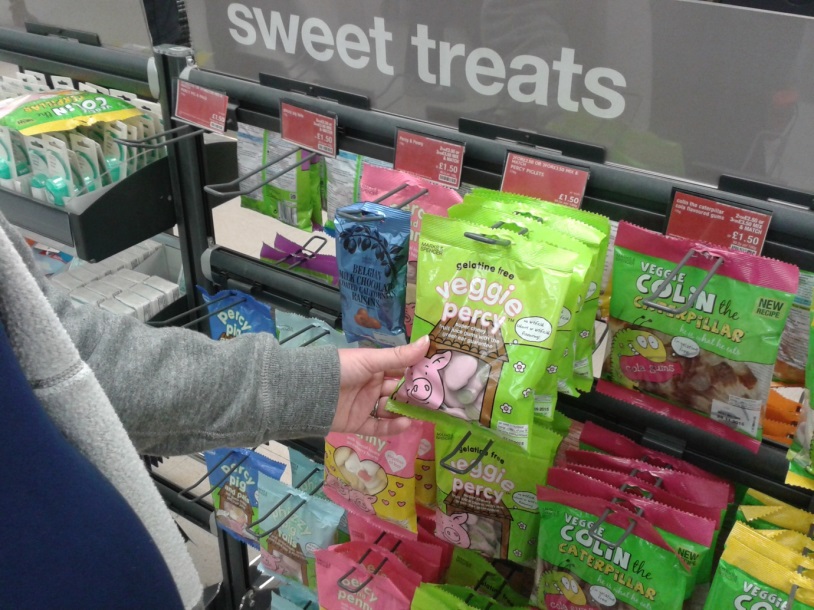 Who is the food consumer?
Photo: author

Reviewing recent opinion pieces and research reports about sugar consumption in the UK, I have discerned three sets of claims that have been made about the consumer, each embodying a different economic rationality. Used implicitly to undergird their author’s arguments, they can be seen as tropes; a literary technique of using recurring figurative language to rhetorical effect (describing the market as a ‘jungle’ and firms as ‘red in tooth in claw’, for example).

The first of these consumer tropes is that familiar archetype Economic Man. The other two I have dubbed Empathetic Woman and Pathetic Child. These are not descriptions of how men, women and children actually behave in the economy. Rather they are my attempt to name the tropes used by others and to highlight the gendered, class and generational assumptions on which they rest. By reflecting on these assumptions we can conduct what the political theorist John Nelson called “the poetics of inquiry”, questioning both the figure of the food consumer being presented to us and the ideological projects with which they are associated.

Economic Man is presented as a rational individual; someone who reads every label, weighs every option, and values their ability to do so. While there are few references to males or females in the figurative language used, a stereotypical masculinity is evoked in the way the consumer is shorn of family ties and social sympathies (“most people make responsible choices so don’t penalise them by taxing sugar”) and invested with the capacity for self-control (“it’s no particular feat of willpower to stay off sugar once you’ve quit” – said by a man). Economic Man is someone who deserves to enjoy prosperity or poverty, even life or death, based on the decisions that they alone have taken (“the government must leave people to directly face the consequences of their own unhealthy actions”). Being hectored by the nanny state (note the antagonistic feminine subject here) to make supposedly better choices is not only ineffective, it is also an affront to individual liberty.

Empathetic Woman is the embodiment of a social individual; someone whose decisions are taken with others in mind. Their market behaviour is interwoven with other aspects of life like partnering and parenting, and predicated on bodily intuition as much as intellectual calculation (or as the UK Cabinet Office’s Behavioural Insights Team put it: “diet is an area where short-term emotional responses tend to overpower longer-term, more ‘rational’ thinking”). When this trope is used, individual and collective women (e.g. mothers) are readily named in the accompanying narratives and references made to stereotypical female domains like fashion, shopping and the kitchen (“want to know what’s in the fashionista’s fridge? Gluten-free bread and sugar–free almond meal cookies”). More than the other two tropes, Empathetic Woman is discussed via first-person accounts, typically by female authors. These accounts stress the daily anxieties of eating and feeding (“sugar consumption is a worry for parents but taking steps to reduce sugar can be really difficult”) and highlight the contradictions of having diets that are expected to be both indulgent and disciplined (‘how did we Britons become so dysfunctional and demented about food?’).

Pathetic Child is without meaningful agency; someone who eats what they are told, accepts the choices set out for them and suffers the consequences accordingly. They carry no blame for their current condition and are worthy of pity, being readily preyed upon by nefarious food corporations (sugar dealers) and let down by their guardians (“parents must ban fizzy drinks at the table”). Pathetic Child usually appears in the guise of collective children (“we must act before another million British kids become obese”) although can be used for adult groups too. This is especially the case for those in poverty, who are cast as victims of the system and sometimes in patronising tones (“they eat white bread, sugar and frozen stuff – they are existing rather than living”). For Pathetic Child, free will is a fallacy. The use of zoomorphic adjectives (pigging out) and drug metaphors (sugar high) makes the point that these groups are not in full control of their actions, and paves the way for paternalism at the family-level or state-level as the necessary corrective (“The tobacco, sugar, and alcohol industries employ people who are experts in the psychological manipulation of consumers…That’s why tough action on the promotion of alcohol, cigarettes and unhealthy food is needed”).

As noted above, these consumer tropes articulate with particular ideological projects. Most obviously, Economic Man sits well with the UK government’s Responsibility Deal and its emphasis on personal responsibility, while Pathetic Child corresponds closely to calls for a tax on sugary drinks in the interests of public health.

This is not to say that they have to be used in this way. For instance, some have argued that low-income consumers buy processed foods not because they can’t cook or make poor decisions but because these represent the cost-effective choice (“less than a pound will buy you chicken and chips, sugar-laden cakes, a big bag of crisps…Good food costs more”). In this view, Economic Man helps rationalise the existence of unhealthy diets and provides a basis on which to argue for the subsidisation of fruit and vegetables instead. Likewise, though Empathetic Woman has often been invoked in descriptions of the public’s neurotic relationship to food, it has also been connected to self-assured practices of dietary sacrifice and rectitude (“the No Sugar diet benefits me and my family”).

However, such alternative uses are the exception rather than the rule. More commonly, these tropes tend to structure thinking in predictable ways. Since Economic Man is best suited to a market environment, commentators drawing on this trope tend not to talk about consumption choices that take place in non-market settings like the household, the workplace or school. Similarly, since Pathetic Child is premised on the idea of false consciousness, commentators using this trope are reluctant to entertain questions about how genuine self-interest can be realised and at what point young people acquire this kind of meaningful agency, if ever.

To challenge such received wisdom it is important for critical scholars to first recognise that such tropes are being used; not just to describe ‘the consumer’ but other commonplace figures of the food economy like ‘the farmer’ too. Next we should reject the idea that a single univocal figure can represent the multifaceted ways in which economic behaviour is enacted. Beyond this, as the feminist economist Julie Nelson has argued, is the need for “ways of thinking about human individuality, situatedness and motivation which are more adequate to the tasks at hand”. Figuring out the food consumer is an ongoing job.

Ben Richardson’s latest book Sugar is out now with Polity.