False Economies of Scale: why big isn’t always better in the food system 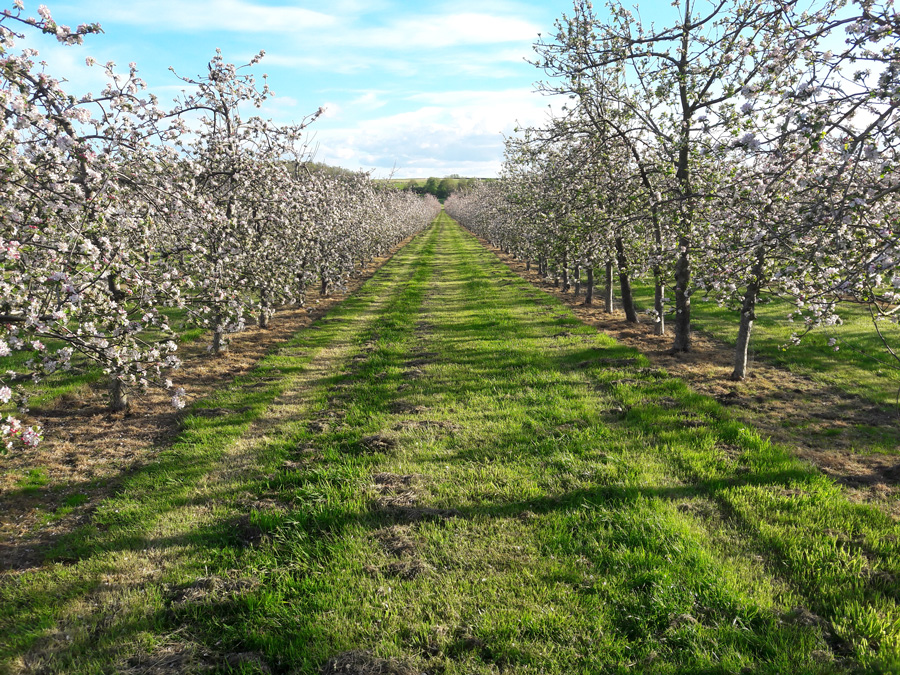 The demand for uniformity and cosmetic perfection from the industrial supply chain drives the creation of monocultures, such as this orchard in Somerset

The Landworkers’ Alliance, a UK union of agroecological farmers and growers, has been running a horticultural ‘test and trial’ for the Government’s new Environmental Land Management Scheme (ELMS), part of the replacement for the Common Agricultural Policy. This has involved interviewing growers about how the ELMS can support them to improve their environmental performance. A theme that arose repeatedly during these interviews was the role of industrial supply chains in driving growers to protect their vanishingly narrow margins through practices such as agrochemical use, overuse of soils and wasting produce that is ‘graded out’.  In contrast, the agroecological growers in the ELMS trial who supply urban box schemes that prioritise seasonality, sustainable production and a fair price for farmers (‘farmer focussed’ supply chains), felt supported in using techniques that encourage biodiversity and soil health, and minimise waste. In the light of this research, I set out below 12 reasons why, in our view, industrial supply systems, including supermarkets, processors and mass catering, are driving environmentally harmful practices.

In short, we cannot afford not to go down the route of trading a greater percentage of food via shorter, farmer-focussed supply chains, if we want to achieve true sustainability in farming. This is why Landworkers’ Alliance is asking the Government to support a transition to 25% of food to being sold via local or decentralised supply chains by 2030, in its Vocal for Local campaign.  To read our newly published ‘Vocal for Local’ report and find out more about how you can add your voice to our campaign, please visit our website.

Since completing an MSc in Sustainable Agriculture at Wye College over 20 years ago, Rebecca Laughton has combined work as an organic farmer and grower with research and advocacy for small- and medium-scale agroecological producers.

This is a shortened version of a blog published on the Landworkers’ Alliance website on June 4th 2021. See here for the original version.

[1]    Danish Trolley System – In Denmark and the Netherlands, and now in some UK plant nurseries, trolleys for moving plant trays are shared in a national ‘pool’, so that they are transferred backwards and forwards between suppliers and thus recirculated in a similar way to cash.