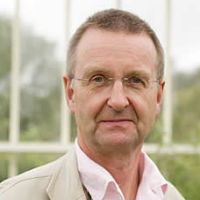 This post was also published on the Green Alliance blog, Insidetrack.

The Agriculture Bill published last week was long awaited. It’s mostly about money:  those £3.2bn Common Agricultural Policy (CAP) subsidies which will start evaporating in seven months.  It confirms Michael Gove’s thinking that subsidies should be given for environment friendly land management, the new ‘public goods’. And there’s a long overdue taper away from rich big landowners who get the biggest slice of the CAP pie. The bill is mostly about giving the secretary of state powers to do what they want. But it gives a direction of travel: nothing on food, lots on environmental and land management. The latter is a clear gain, and is why many green interests are happy. But I worry about the former. The country needs both better food and ecosystems. With this bill,  Defra really ought to drop the ‘F’ in its title. It’s becoming Dera, but ‘dearer’ is not the sound Brexiters want to convey, although many want ever cheaper food, which could mean our imports squeezing other people’s land.

The seismic effect of Brexit on Defra

If any UK government department has been seismically affected by the 2016 narrow vote to leave the EU, it is the Department for Environment, Food and Rural Affairs (Defra). Although the smallest ministry in Whitehall, Defra’s entire raison d’être is now up for grabs. It has had to increase its workforce (after years of cuts 2011-17) and, according to a National Audit Office (NAO) report coincidentally published on the same day as the Agriculture Bill, has created 55 workstreams and four cross-cutting and co-ordinating activities to address Brexit.  So much for getting rid of unnecessary red tape. The NAO concluded that, while Defra has begun to get its act together to prepare for life outside the EU, it has not even begun to consider the huge numbers of countries with whom the UK has existing import relations.

An answer to a written parliamentary question from Caroline Lucas MP, received on the same day as the bill was announced, shows that no Defra minister has even been to Geneva to discuss Brexit with the World Trade Organisation. This is astonishing, given the serious possibility of a no-deal ‘crash-out’ Brexit. Joining the WTO takes time and would head the UK towards lower standards set in the Codex Alimentarius Commission, with 166 member states who would co-decide UK food standards, replacing the 27 member states co-deciding for the EU. So much for ‘taking back control’.

Under the coalition government 2010-15, two big pieces of legislation in the Defra zone were prepared, an Environment Plan and a Food Plan. The Food Plan went through drafts but never saw the light of day. (I was invited to read it at one point.) The present Agriculture Bill does not fill the gap in policy thinking, which those two plans in combination began to sketch out. Nor does it have the breadth mapped by the Food 2030 strategy published by Labour before it lost the election in 2010. Mr Gove’s Bill is narrow, just when we need big thinking and clear mapping for the entire food system. The UK receives 30 per cent of its food from EU member states, and another 11 per cent from trade deals negotiated by us as members of the EU.

No vision for food

An indication of how dire the state of policy thinking now is that the present bill primarily focuses on farm payments. It draws on the public funds for public goods language flagged in the Health and harmony consultation paper, published at the start of 2018. That paper positioned the role of Defra as focused on ecosystems services. Food was absent, as was health. The ‘health’ in the title was about soil, water and biodiversity – hugely important and to be welcomed – but not the sum of a food and farming policy. And certainly not now as we face Brexit.

The Agriculture Bill’s chapter headings convey what it is about: financial assistance, data, agricultural markets, marketing standards, producer organisations and fairness in supply chains and the WTO agreement on Agriculture (without visiting it, remember). Oh and just four cursory lines on Wales and Northern Ireland. All nitty-gritty stuff but from a narrowly defined policy terrain. There is no vision for the food system. This is farm and land focused.

For those who know their UK food history, this is forward to the early 1950s, when the UK had one Ministry of Agriculture and Fisheries and one Ministry of Food. Only we don’t have the latter. That role cannot even be filled by the Food Standards Agency which, too, is a shadow of its former self (see also E P Millstone and T Lang, Regulating our future: the way forward or a blind alley? London: Food Research Collaboration, 2018). Worse, by leaving the EU, the UK loses at least 35 infrastructural institutions which underpin our food, from safety to veterinary medicines and scientific expertise.

Food as an ecosystem support

The good news, I repeat, is that Mr Gove’s bill recognises the importance of ecosystems management as a core purpose for farming. Its prime political purpose is to reassure farmers that subsidies will continue at current rates till 2022, and then for a seven year transition. But to do what? In a time of climate change, we ought to know whether the land is for food and ecosystems or just one. The way forward ought, surely, to be what the Centre for Food Policy has called ‘ecological public health’: food as an ecosystem support, with the environment underpinning sustainable diets. The consequences of turning our back on our continental neighbours now loom.

Intriguingly, one reading of the bill is that, by not addressing the food elephant in the policy room, it paves the way for the new global Britain espoused by some on the Tory right wing. As we argued in the Feeding Britain paper, there are important distinctions to make in the ‘global’. Is the new UK food system to be Atlanticist: fed by the USA? Globalist: fed by places here and there across the world? Anything but the EU: Turkey, Morocco and Israel to replace the southern European food suppliers? Neo-European: an arms-length European Economic Area? Or neo-colonial: fed by wherever land and labour are cheap enough to compensate for massively lengthened logistics chains? We don’t know. The Conservative Party (and Labour, too) are not yet prepared to tell us.

My hunch is that the land management envisaged in the Agriculture Bill, welcomed by green groups as good news for ecosystems, means, in practice, a policy drift to import ‘cheaper’ food. This policy mix will be sold as a win-win. Win for environment, and win for ever cheaper food, when the evidence is that we ought to be internalising the full environmental and social costs into our food. To be blunt, UK food is already too cheap. The UK consumes the most ultra-processed diet in Europe, manufactured from mass commodities. The NHS, climate change and social inequalities bear the consequences, funded by taxation, if at all.

The bill is pragmatic but restricted. An early test will be whether land values rise or fall. Uncertainty remains on funding for farming post-2022. No politician in their right mind can promise maintenance of subsidies at current levels till 2029. Once the UK has broken from its EU legislative framework, the long held desire of HM Treasury to axe all subsidies will assert itself. If neo-liberal market logic rules, one wonders how long the promise will carry. Who knows?

We still need a Food Plan which integrates ecosystems and health and begins to make UK food sustainable for a century of climate change. The national goal must be sustainable diets from sustainable food systems. Not food or birds and bees, but both.

This website uses cookies to improve your experience while you navigate through the website. Out of these, the cookies that are categorized as necessary are stored on your browser as they are essential for the working of basic functionalities of the website. We also use third-party cookies that help us analyze and understand how you use this website. These cookies will be stored in your browser only with your consent. You also have the option to opt-out of these cookies. But opting out of some of these cookies may affect your browsing experience.
Necessary Always Enabled

Performance cookies are used to understand and analyze the key performance indexes of the website which helps in delivering a better user experience for the visitors.

Analytical cookies are used to understand how visitors interact with the website. These cookies help provide information on metrics the number of visitors, bounce rate, traffic source, etc.

Advertisement cookies are used to provide visitors with relevant ads and marketing campaigns. These cookies track visitors across websites and collect information to provide customized ads.

Other uncategorized cookies are those that are being analyzed and have not been classified into a category as yet.