Biodiversity Net Gain: a policy that must be changed to avoid penalising responsible farmers

Policy Bias: When the rules work against the sustainable food sector

Biodiversity Net Gain: a policy that must be changed to avoid penalising responsible farmers

By Honor May Eldridge 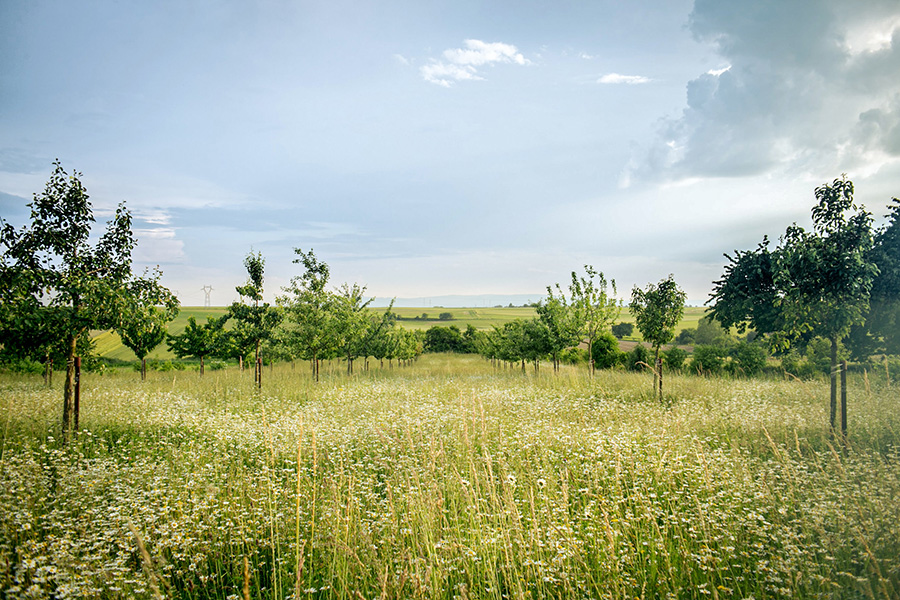 The Environment Bill has been slowly working its way through Parliament. Despite delays, once it becomes law, it will usher in a new planning requirement, known as Biodiversity Net Gain (BNG). The intended goal of BNG will be to protect and restore biodiversity while allowing development across the UK to address the housing crisis.

BNG relies on the concept of ‘additionality’ and will require a 10% increase in biodiversity after development, compared to the ‘baseline’ (i.e. the level of biodiversity at the start of the project). That would mean that a planning application would only be approved if the ‘biodiversity value’ of the finished development was greater than the ‘pre-development biodiversity value’ by at least 10%. In the past, the standard was ‘no new loss’ but the Government wants to be bolder in order to deliver the Government’s promise to be ‘the first generation to leave that environment in a better state than we found it and pass on to the next generation a natural environment protected and enhanced for the future’.

Government recognises that it might not be realistic to deliver the BNG on site, and so gives developers the option to purchase ‘Biodiversity Credits’, as opposed to delivering it themselves. Consequently, there is a key role for farmers to play in delivering Biodiversity Credits. A farmer would be able to register a parcel of their land into the scheme, sell that credit to one developer, and commit to delivering the 10% gain across a 30 year period.

A major hurdle is measuring the baseline to demonstrate the 10% gain. To do this, Defra has developed Biodiversity Metric 3.0. Already, civil society groups have criticised the Metric 3.0 for failing to understand the complexity of biodiversity and how ecosystems function across landscape. For example, farmers might struggle to record the species that move through their holding and aren’t always present, such as barn owls that have greater territory than one field. Similarly, a lay person might struggle to accurately identify (or even capture) the smallest examples of biodiversity, such as invertebrates, that might require special equipment, such as a microscope, to be seen.

Come and work with us!

The Centre for Food Policy is looking for a Reader with significant experience of engaging with policy/practice in any area relevant to food policy.

The deadline for applications is 11 October – Job details here.

In part reflecting wider Government thinking, the proposed Biodiversity Credits reflect an inclination towards a ‘land-sparing’ approach that sees some land designated purely for “nature” and other areas designated for food production with the goal of maximising yield. The suggestion seems to be that the packets of land assigned to BNG will function solely for biodiversity. This could lead to a situation where rewilding projects occupy designated areas of land, with ‘sustainable intensification’ on other areas of the holding that focus on food production. This creates concern. The land-sparing vision tends to take a siloed approach, and trades off benefits in one place against losses elsewhere. It fails to recognise that biodiversity cannot thrive in islands of good practice since maintaining healthy gene pools requires species to travel across landscapes.

Moreover, BNG will reward farmers who have historically managed their land in an environmentally damaging way, to the detriment of those who have acted as stewards of the land. If you have managed your land in an intensive manner for years, with routine applications of pesticides and herbicides, your biodiversity baseline might be very low. In which case, you would be able to deliver substantial biodiversity gains. However, if you have been managing your farm sustainably for years to benefit nature, your biodiversity baseline might already be fairly high, meaning that you might not be able to increase your biodiversity substantially enough to qualify for a BNG scheme. This creates perverse incentives where those who have been polluting the environment for years will now have access to funding to reverse the damage they caused.

Both the land-sparing vision and the perverse incentives are examples of a policy bias against sustainability, a concept that the Food Research Collaboration has continued to highlight. Farmers who have been mindful of their environmental responsibilities and have been working to protect nature will find themselves disadvantaged by the BNG policy. The Government needs to consider how to correct this issue before the introduction of BNG, in order to avoid rewarding those who created the problem in the first place.

Honor May Eldridge is a Food Systems Consultant. She is currently working for Plantlife, emphasising grasslands’ climate potential, and with CLEAR to advocate for mandatory method-of-production labelling. She regularly contributes to the Sustainable Food Trust’s Digest, having worked as their Head of Policy. Previously, she also worked for the Soil Association and the Center for Food Safety.