By Martin Caraher and Sinéad Furey 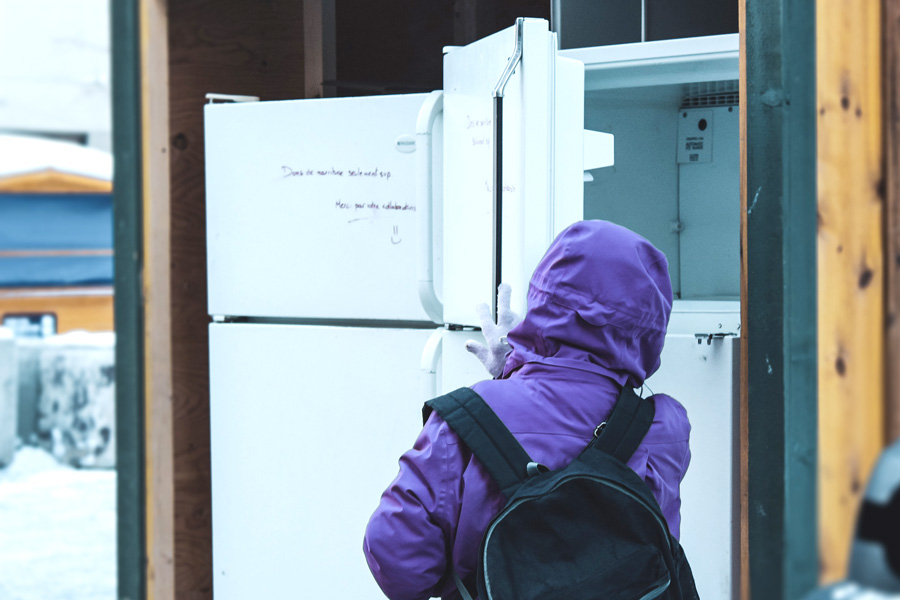 There have long been debates in the food policy world over the relationship between financial want and food poverty. Notwithstanding these debates, what is clear is that the COVID-19 crisis has resulted in higher levels of indebtedness, with impacts on food poverty. Levels of destitution were growing before the COVID-19 outbreak, with key groups of low-income and gig-economy workers surviving week-to-week, managing through a combination of support from family and community networks, along with using credit card debt to survive. But many would not have been users of food banks or even considered themselves to be food insecure. That has changed.

Average UK household debt has reached a new peak. According to The Money Charity, the average unsecured debt per UK adult in July 2020 was £3,947 and the average credit card debt per household was £2,238, with 12.8 million households with no, or less than £1,500, savings. These figures hide inequalities, with a higher, relative to income, level of debt among low-income households. The Bank of England found that low-income households,  ‘particularly those with unsecured debt, have reported being in financial difficulty and will be more vulnerable to future shocks. They are less likely to have savings or to have been able to accumulate savings through the pandemic’. The fivefold increase in food bank usage during the pandemic can be partially accounted for by households losing support from family/community networks and being encumbered with high repayment loans and seeking ways to cut down on food purchases. Such resources previously allowed them to bridge between times of surplus and want.

In the first period of lockdown in 2020, credit card issuers stopped the cards of up to half a million customers, thus limiting their ability to juggle budgets and access online food ordering, and driving them to seek other sources of loans or credit.  During the pandemic there has been an increase in doorstep aggressive promotion of payday loans. The Financial Conduct Authority has condemned these aggressive doorstep practices. Typically, those who take out loans of £1,500 in this way end up having to pay back as much as £3,000 and are often caught in a vicious circle of borrowing more to pay back loans. Citizens Advice estimated that one in nine people have fallen behind on their bills during lockdown  and County Court judgements for non-payment of loans are at an all-time high.

The two main payday or subprime loan providers, Provident and Amigo, have ceased to operate, and as part of the winding-up process have been advised to compensate customers for aggressive practices. These practices included encouraging households to take out loans beyond their means and ability to pay, then encouraging them to take out loans to pay existing loans, and so on. Amigo asked for a guarantor for the loan, who preferably was a family member, enmeshing families in debt. Both companies charged high interest rates (approximately 49% a year). The amount of compensation will be minimal, with one estimate suggesting that if your repayment is £400 you may only get £8 back in the scheme.

Five main points emerge from the above:

So what can be done?

There has been a series of short-term measures to address food poverty. The various government U-turns brought about by Marcus Rashford’s lobbying are short-term and are not cemented in long-term policy changes. As we come out of lockdown, we need to recognise that many households will be resuming work having accumulated debts during lockdown, thus placing healthy food consumption at continued risk. A House of Commons report recommended that increases in monetary and food aid established during the pandemic should be maintained as lockdown eases, made available to more people, and the amounts increased (and indeed many MPs are arguing this same case).

There is a need to campaign to extend the remit of school meals and holiday hunger schemes and for the continuation of the £20 Universal Credit top-up. But, as we write, the Government has announced the £20 top-up payment will end in September 2021. To fight food poverty, there is a need to monitor household debt and credit card indebtedness and support consumers in maximising their benefit entitlements and uptake, alongside provision of savings/budgeting and borrowing/debt advice. This effort should be supplemented with the use of other data sources (household indebtedness/econometric food sales data/ community responses) to monitor and identify those at-risk of food insecurity.

Professor Martin Caraher is Emeritus Professor of Food and Health Policy at the Centre for Food Policy at City, University of London, long engaged in issues on food poverty now exploring the relationships between song, poetry and food.