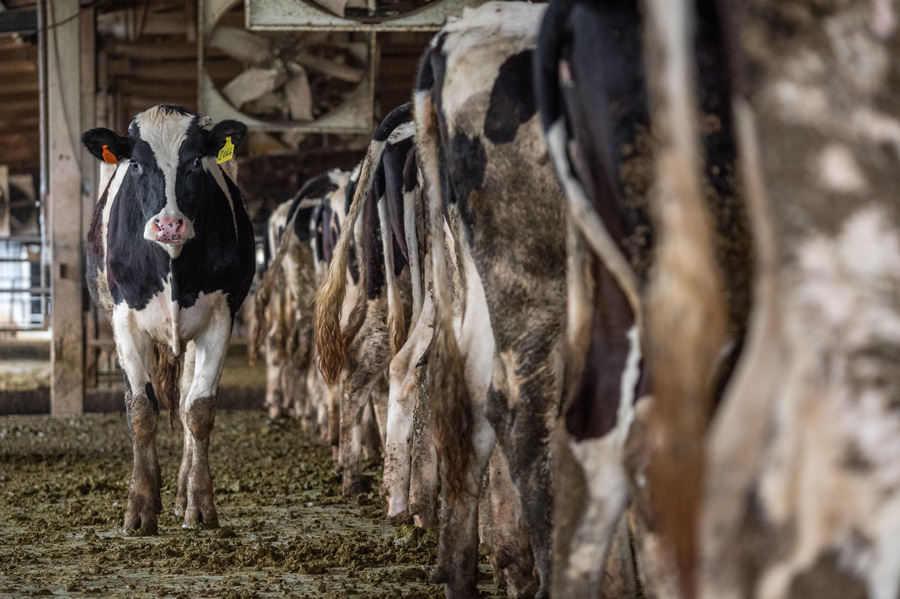 Following her presentation at the November Food Thinkers webinar ‘Is there Food on the Table at COP26?’, Paula Feehan argues that omitting diet from the NDCs was a huge missed opportunity.

The global significance of COP26 has become obvious over the past two weeks – an opportunity to bring emissions into line with the temperature goals of the Paris Agreement, limiting global warming to below 2°C, preferably to below 1.5°C. You would hope that world leaders would use all available policy levers, covering all sectors of the economy, to achieve reductions at the scale and pace required. What we eat – our diets – is an important factor in both driving and potentially mitigating climate change. Changing diets, specifically reducing meat and dairy consumption – by far the biggest source of greenhouse gas (GHG) emissions in our collective diet – could have a big impact.  Would the seriousness of the emergency mean that, finally, dietary change was included?

Evidence of animal agriculture’s impact on the climate and the potential of reducing meat and dairy to address climate change has been growing over the last 15 years. It can be found in many sources – from the FAO, UNEP, and IPCC , to research institutions and non-governmental organisations.  The most conservative estimates confirm that animal agriculture is a major producer of GHGs, equivalent to 14.5% of global emissions. This may not be as high as the gruesome contribution of fossil fuels. But whatever the exact estimate, it is certainly in the same ballpark, say, as the transport sector – and it’s notable how much we seem to be hearing about electric cars.

I was cautiously optimistic. Surely the weight of evidence would now convince policy makers to harness the power of reducing meat and dairy, especially in the G20 countries, in the effort to tackle the climate emergency? I set out to explore this in my dissertation for the MSc in Food Policy at City University. Countries were submitting their national climate plans, known as Nationally Determined Contributions (NDCs), leading up to COP26, so this seemed like the perfect time to see if dietary change made the cut.  What did I find? Devastatingly, it barely features. When it comes to dietary change in NDCs, there’s an eerie silence.

There are 197 signatories to the Paris Agreement. I focused on those countries that were among the top 20 producers or consumers of meat and dairy, were also members of the G20 (as these countries are responsible for a staggering 78% of GHGs) and had submitted their NDC by the UNFCCC deadline (30 July 2021).

This gave me eight countries (Australia, Brazil, Japan, Mexico, New Zealand, Russia, UK, USA) and the EU, which submits one NDC on behalf of all member states. My research findings were stark. Only two of the nine, Mexico and the UK, specifically referenced dietary change. But even these did not include detailed plans on how they were going to achieve dietary change, and made no direct reference to meat and dairy. Eight of the nine recognised the need for changes in the food system, but the focus was on agricultural production, not food consumption. Changes to agricultural production methods included a heavy focus on technological innovations and ‘on-farm’ improvements (e.g. reducing methane emissions from cows) – changes to how we produce, not what we produce.

What really concerned me was that this focus on changes to food production methods is contrary to recent scientific research, which found that there are ‘biophysical limits’ on how much food producers can reduce their impact. These include the realities of farming animals (feeding, land use, methane emissions, slaughter) which cannot be significantly changed by technology. The environmental impacts of even the lowest-impact animal products far exceed the impacts of the equivalent plant proteins.  A focus on changes to food production methods also fails to counteract the general upward trajectory of meat consumption worldwide.

Put simply, climate policies that rely on improving the methods used to farm animals, rather than reducing the number of animals farmed, will have only a limited impact. Joseph Poore from Oxford University, author of a key study, came to the conclusion that ‘avoiding meat and dairy is the single biggest way to reduce your impact on earth’.

So why is the absence of dietary change important?

Studies now conclude that even if targets to reduce fossil fuel emissions are achieved, current emissions from the global food system would make the climate targets difficult, if not impossible, to reach. Given the potential of a shift to plant-based diets over time to yield substantial GHG reductions (not to mention the co-benefits of moving towards plant-based diets for public health and biodiversity), this could be said to be a colossal missed opportunity.

What needs to change?

People need to consume less meat and dairy, particularly in G20 countries, to reduce the harm caused to our climate by the current food system. What levers will bring this about?

First, policy makers need to recognise the interdependencies between production and consumption: a food systems approach which acknowledges that consumption drives the shape and design of production systems; the simple and eternal relationship between supply and demand. This would support a more coordinated strategy across international and national climate policies that recognised the link between diet, environment, and health.

Second, governments should stop being passive and have the courage to talk directly about individuals’ consumption. Governments should do more to inform and support citizens to make better choices, for environmental and health reasons.

Third, we need better regulation of the agricultural sector, with requirements to account for and report on emissions; public subsidies repurposed to support transitions to plant-based agriculture; and policies to encourage investors to divest from animal agriculture.

With these measures, maybe we can get dietary change, and the significant climate benefits that go with it, on the table.

A recording of the discussion with Paula Feehan and Tara Garnett will soon be available on the Centre for Food Policy’s YouTube channel.

Paula Feehan has just completed an MSc in Food Policy at the Centre for Food Policy at City, University of London. She previously worked for Oxfam and Action Aid in advocacy, campaigning and strategy and has worked in the UK, New Zealand and Australia. During her time at these NGOs, she became interested in the importance of food, food justice and how the current food system is failing humans, animals, and the environment. The MSc provided an opportunity to find out more about the interconnectedness of food within economic, political, and social systems.