Gene editing and the Seed Goliaths

Policy Bias: When the rules work against the sustainable food sector

Gene editing and the Seed Goliaths 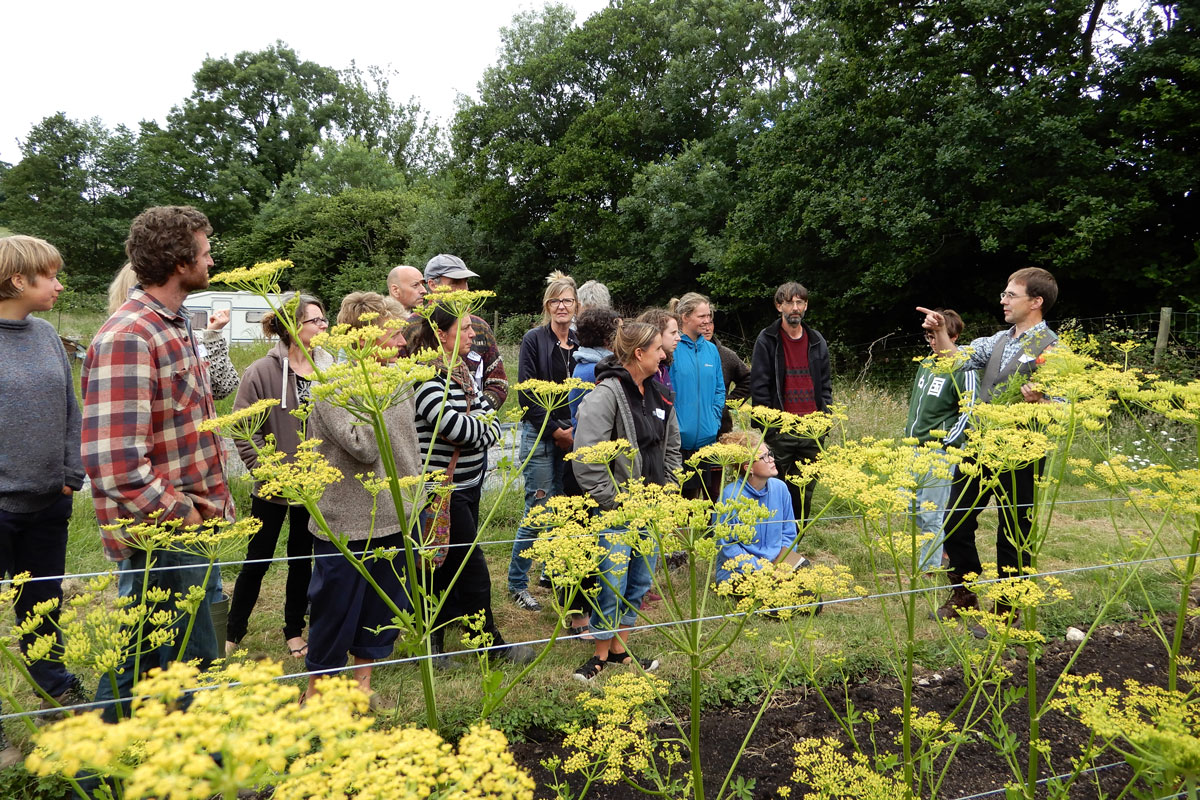 Sustainable farmers and growers discussing a crop of parsnip seed

Early in 2021, DEFRA ran a consultation on gene editing, focusing in large part on whether gene-edited organisms (GEOs) ought to be distinguished from genetically modified organisms (GMOs) in law, allowing gene-edited technologies to be liberated from GMO regulations. DEFRA stated in its press release that these new gene-editing technologies will ‘help the UK reach its vital climate and biodiversity goals in a safe and sustainable way.’ But what guarantees can we have that this will be the primary goal of the sector?

This blog considers whether deregulation of genetic editing could be yet another example of policy bias in favour of large business and technological quick-fixes over more sustainable, more democratic alternatives.

In 2012, breakthroughs in a type of gene-editing technology known as CRISPR made the process cheaper and easier than ever before, and patent applications began to soar. Large agribusiness emerged rapidly to compete with academic institutions for the number of patents being filed for gene-editing technology, with DuPont and Dow (which later merged) making the top 10 by 2016. Rebranded as Corteva, by 2018 they held the ‘largest number of CRISPR patents and applications globally.’ DuPont, Dow, Bayer, and Monsanto (now merged with Bayer) were also early licensees of CRISPR technologies patented by American universities, and so gained advantage in this emerging market.

In 2011, these same companies sat amongst the 10 firms holding the greatest share of the global seed market, together holding more than 75%. Monsanto alone controlled 26.0%, and DuPont Pioneer 18.2%.1 Several of the same firms dominated the market for agrochemical inputs, including herbicides, with the top 10 firms holding 94.5% of the market at that time.2 These companies engineer and sell seeds that are resistant to their own brand of herbicide, helping them to simultaneously corner both the seed and the input markets.

Biodiversity in agriculture is in a critical state. The widespread adoption of patented hybrid seed varieties – developed by these same companies – in the latter half of the twentieth century has contributed to 90% of the world’s food energy being derived from only 15 crops, and over half from just three crops.3 The FAO estimate that 75% of crop diversity was lost in the period between 1900 and 2000.

Some argue that genetic editing will contribute to genetic diversity, by speeding up the process of developing new varieties. Yet, despite these claims, much of the research being carried out on gene-edited crops still focuses on building in resistance to herbicides. This is a troubling repetition of previous techno-fixes in agriculture, allowing the same big firms to cash-in on monopolised input markets, with serious consequences for farmers, the environment and for nature. 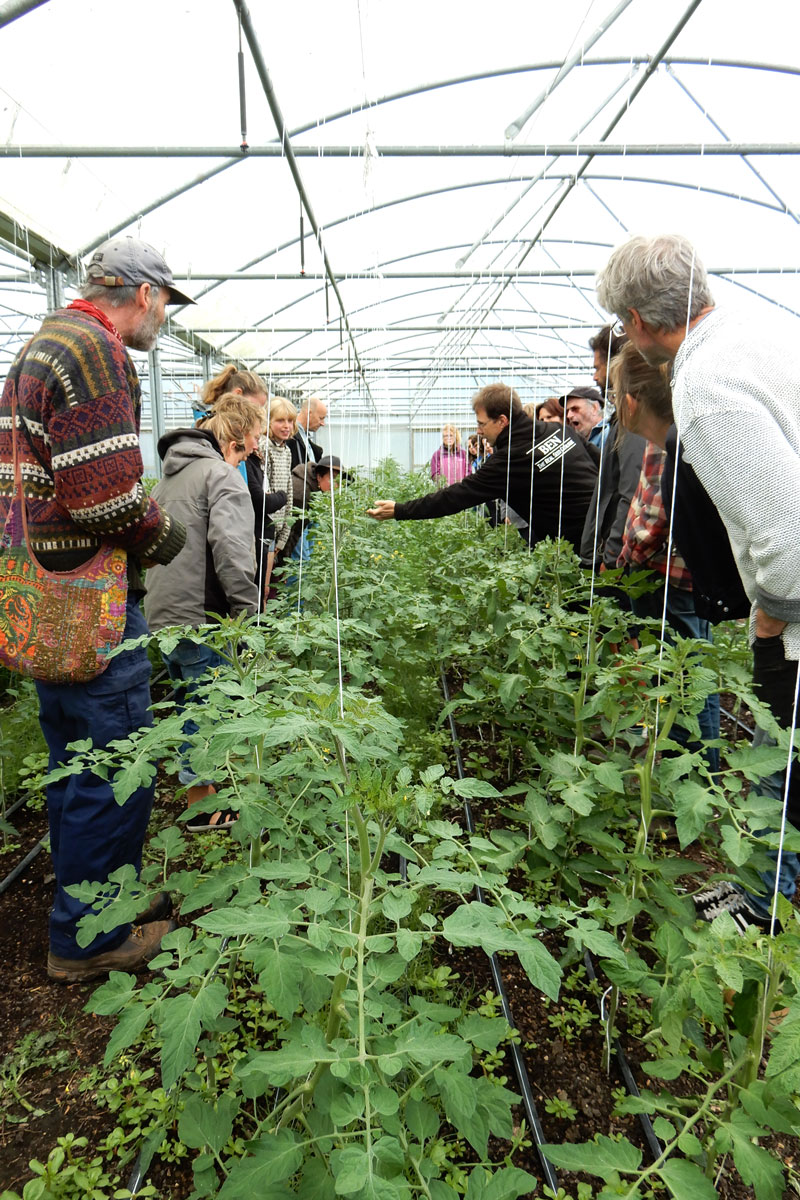 Real Seeds training farmers and growers to save seeds on-farm

Without the efforts of local communities and indigenous peoples globally, dwindling genetic resources would be in a far worse situation. Decentralised genetic conservation through localised seed saving is key for the resilience of global food systems. By saving seeds in situ year-on-year, farmers produce varieties adapted to local contexts and changing climatic conditions, and can further select for preferred characteristics.

In Europe, farmers conserving locally specific varieties on-farm are shown to be able to utilise marginal land, have reduced inputs, and are able to select for high tolerance of site-specific conditions. Several small seed companies are now emerging in the UK to re-establish neglected varieties and re-educate farmers in forgotten skills.

Real Seeds, for example, produces only open-pollinated varieties and provides free seed-saving guides to encourage their customers, whether farmers or home-growers, to learn to save their own seed. In Wales, a farmer is re-establishing a landrace of black oats that had all but disappeared, and Scotland the Bread is growing and milling heritage grains and campaigning for a more biodiverse flour supply. This work is putting power back in the hands of farmers and revitalising biodiversity in our fields.

If DEFRA’s ambition is to reach the UK’s biodiversity and climate goals, ceding more power to agribusiness is neither the only, nor the most obvious solution. A transition, instead, to more agroecological farming relies on giving power back to the farmers to be stewards of agrobiodiversity and of nature’s vital genetic resources.

Bella Driessen is Research Officer at the Food Research Collaboration, based at the Centre for Food Policy, City, University of London.

The Landworkers’ Alliance and the Gaia Foundation Seed Sovereignty Programme have created this survey on the State of Seed. If you’re a commercial farmer or grower, complete the survey before 11th May 2021 to help them better understand your experiences of accessing seed.