Inconvenient but true - public health is a matter for agriculture policy 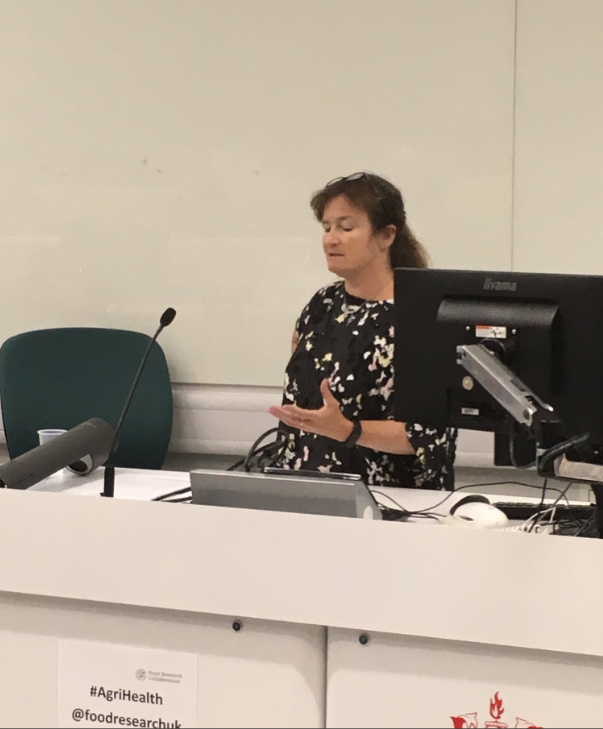 Does a stranger having heart disease matter as much to me as one having tuberculosis? This was the challenge given at a recent mini-Inquiry at City University looking at whether some public health goals can be supported via new farm policy.

This all hinges on the concept of ‘public goods’ as narrowly defined in economic theory – that to be a public ‘good’ and so worthy of public support, something needs to be ‘non-excludable and non-rivalrous’ i.e. everyone can benefit and you can’t use it up by using it.

The ‘stranger with TB’ question was posed to suggest that TB, as a communicable disease, does matter and so lowered levels of TB in a population would be a public ‘good’ –  we’d all have access to the relatively illness-free world as a result. As heart disease is not spread via microbial transfer, curbing the spread of heart disease would not be ‘accessible to everyone’ so it is not a ‘public good’. So the farm support that could help deliver on this – via, for instance, transitioning UK farmers to produce healthier foods –  is invalid.

If this all sounds rather mysterious then that is probably because it is.  In using the approach of ‘public money for public goods’ as the basis for some of the future farm policy proposals in Michael Gove’s Health and Harmony consultation, the Government has unleashed an army of economists urging caution with their precious terminology. Did they mean to? The overriding concept of ‘public goods’ is actually very welcome – shifting support away from poorly designed subsidy schemes. But we are being forced to debate and squeeze sustainability – a wide and complex set of consequences – into a straightjacket. Or could it be that the Treasury wants to cut the £3bn farm budget by making sure that any payments to farmers is extremely tightly controlled?

It can become rather silly and policy coherence is lost. The staggeringly large health costs (to all of us via the NHS budget, lost work days, etc) associated with our farming and food industry, are in many cases well documented* – from air pollution to obesity. The benefits of good, healthy agricultural production are less well recognised. But policy should just do its job and remove the harmful stuff without being held hostage by a piece of economic terminology.

What really needs to happen is that, as with environment and nature, public health should be explicitly recognised as a beneficial purpose and outcome of agriculture policy.

Then we can decide how to do it. Despite decades of advocacy, building understanding of how farm policy (and related environmental health measures) affects public health is not easy. In the heated atmosphere of Brexitland it’s fraught. In a blog, written following positive statements from Michael Gove MP about the need to deliver good food outcomes, I outlined several areas where agriculture could be incentivised to deliver on public health goals. Some of these may be delivered via other departments and even other sources of finance – but several really come down to how we intervene in the agriculture sector and allocate the resources,–via finance, management tools, advice, research and regulation.

The measures needed to protect public health goods can be described in three rough categories:

Government needs to recognise the imperative to deliver public health outcomes alongside environmental and economic ones. Sustain, the Royal Society for Public Health and the Food Research Collaboration have written to Ministers following our mini-inquiry in July. In this letter we stressed that there is a “unique opportunity to ensure that health and wellbeing are established as desired outputs of agriculture policy, once the UK leaves the European Union. We know there is strong agreement from a broad range of sectors that this opportunity needs to be seized … agricultural policy has enormous potential either to support or undermine public health, with significant related benefits or costs to human wellbeing and the economy. We propose that these should be explicitly considered under the rubric of ‘goods’ or ‘benefits’.

Experts who have been talking about this for decades in the context of European agriculture policy reform will have to grit their teeth, with the idea of being careful and not trying to do too much all at once. It was particularly heartening to see a trade minister make explicit the links between UK sugar beet production, trade and the obesity epidemic recently.  More of this is needed. The idea that public funds will be used to subsidise beet farmers indefinitely makes little sense.  Even if the money is for nature restoration or ecosystem service outcomes, it is the equivalent of paying manufacturers of highly polluting cars money for planting hedges in their forecourt.

A key demand, given the large problems we face, is that public health is stated as a defined object of agriculture policy in the Agriculture Bill. Beyond that we need to bring some detailed thinking into the work around new measures and schemes, how the pilot scheme could include elements on this, and how to bring the farming industry along.

*For example, the NHS spent £6.1 billion on overweight and obesity-related ill-health in 2014 to 2015; it goes without saying that many other actions by government, businesses, communities and individuals are also needed to tackle these costs.