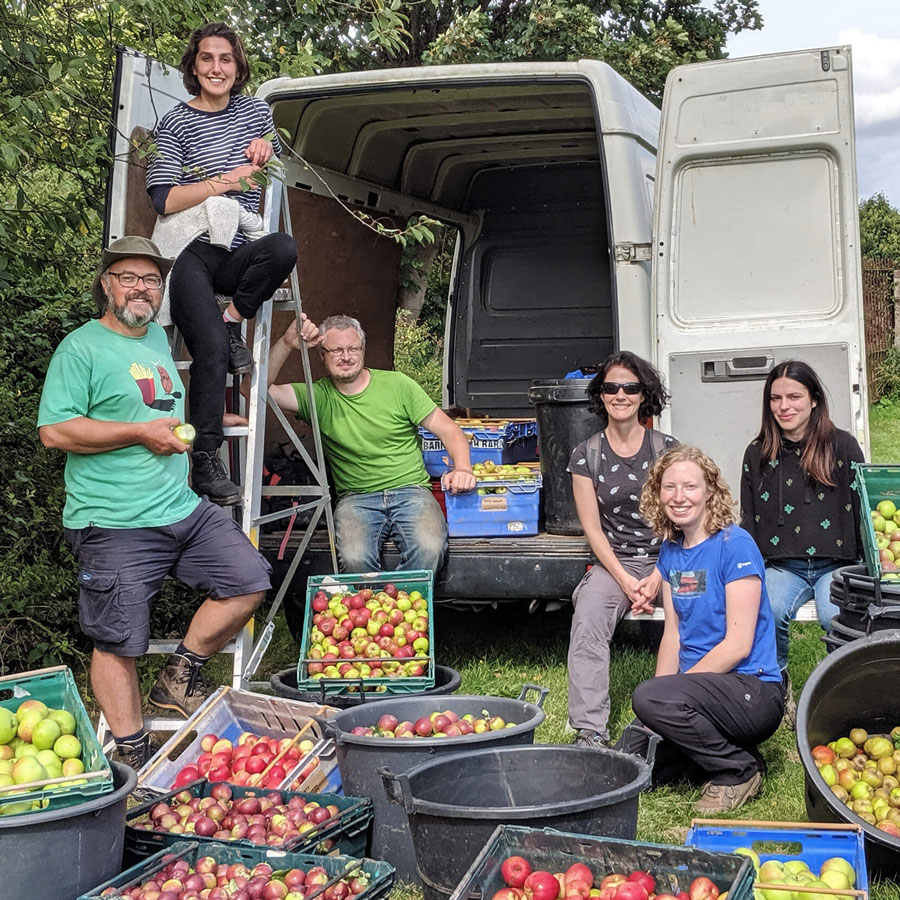 Hattie Hammans, our food hubs researcher, spoke to one of our food hub partners on June 13. They discussed the Food Strategy White Paper, published that morning, as well as how the organisation is adapting in the wake of Covid-19

Regather is a community benefit society based in Sheffield. It runs a fruit and veg box scheme, alongside a 15-acre market garden, micro-bakery and kitchen. The organization is governed by cooperative values; as a result, it is not driven by making profit for the business, but rather building wealth in the local community and meaningful employment in the local food system. The past 12 months have not been easy, and the new food strategy doesn’t offer much help to food hubs, but Gareth Roberts, Regather’s founder and co-director, remains hopeful for the future.

During the current cost-of-living crisis, Regather has seen a decline in customers ordering their weekly veg box, from a peak of 750 during the Covid-19 pandemic to 600 now. Households leaving the scheme have identified affordability as a key reason for their leaving, reflecting the increased pressures on household costs, mainly due to rising fuel prices. But despite these departures, Regather has retained far more customers than it has lost, and is still well above the 350 boxes a week it supplied before March 2020.

Adapting to these changes, Regather is developing new ‘Engagement Pathways’ to attract and retain customers, intended to help customers relate to different areas of the food hub’s work. Regather has noticed that the hub’s farm is a special point of interest for customers in urban areas, so it has a farm open day planned in July. Second and third engagement pathways are volunteering opportunities and membership of the cooperative. The latter will introduce individuals and households as members, with the view to bring a small number onto the board of the organization.

The changes in customer numbers have resulted in compromises for the business. Two years ago, Regather took up new staff during the COVID-19 lockdown to cope with increased demand. A few of these employees have since moved on, but the cooperative has not been able to replace them. If those workers had not left, in the face of a present decline in customer numbers, Regather may have had to make members redundant. Gareth observed how “a profit-making business might not see [shedding jobs] as a compromise. But for us, a big motivation is about creating employment.” Other measures to reduce costs have included taking one of the vans off the road and replacing it with customer collection or electric bike delivery. Recognizing the impossibility of retaining 2020 levels of operation, what was a quick growth strategy has now become a steady state or even a “managed decline” strategy.

Regather is currently deciding whether to bid for the Defra New Entrant Support Scheme pilot, which Gareth reports as entirely focused on supporting entrepreneurial skills amongst technically already very capable growers and farmers. Gareth’s interpretation is that the scheme is geared towards “turning already skilled farmers and growers into an investment opportunity for capital”. However, Gareth argues that money already flows to the most profitable opportunities in farming. He doesn’t think that the UK needs “a government supported programme to encourage money to flow towards the most currently lucrative opportunities”. While this direction of travel is frustrating, Gareth feels that Regather’s engagement is still important: “If we don’t take part in the pilot phase, then we certainly can’t argue for influence at the latter stages of policy development”.

Gareth wants to see an investment strategy that aims to achieve something for the food system that wouldn’t otherwise happen. This would include measures to support businesses such as Regather that prioritize delivering public goods over making profit. Moreover, he wants see a more nuanced, sector-focused development strategy for food, urgently.

On the National Food Strategy, Gareth felt the government had missed an opportunity for policy reform around food hubs. He believes that food hubs such as Regather and the short food supply chains they broker should be part of the government’s solution to the cost-of-living crisis. Regather provides seasonal, nutrient-dense produce at a cheaper price than supermarket organic lines. This puts them in a unique position to be able to deliver sustainable food to those who cannot afford it otherwise. While the government’s solution to food system challenge might look like supermarkets, Gareth argues that this model is not the right tool to deal with a lot of the current problems. He says it seems from the Strategy that the government has little appetite for more radical measures, and he worries that the government will not support initiatives such as Regather.

Strikingly, though, Gareth refuses to despair. He feels there are some really excellent organisations, including Regather, that are doing what he sees as the right thing for the UK food system, even if it remains questionable whether the government will see that. He doesn’t claim that the food hub veg box model is a panacea, but maintains his view that the work of Sustainable Food Hubs is a crucial jigsaw piece in sustainable, equitable food system transformation. He breathes a sigh of relief that Regather is already part of a wider movement, taking strength from the acknowledgement that “We’re not unique, thankfully”.

Hattie Hammans is the Food Research Collaboration’s Research Officer. She is leading our research project on Sustainable Food Hubs, where she works with hubs across the UK to explore the role of values-led food infrastructure and short supply chains in the UK food system.