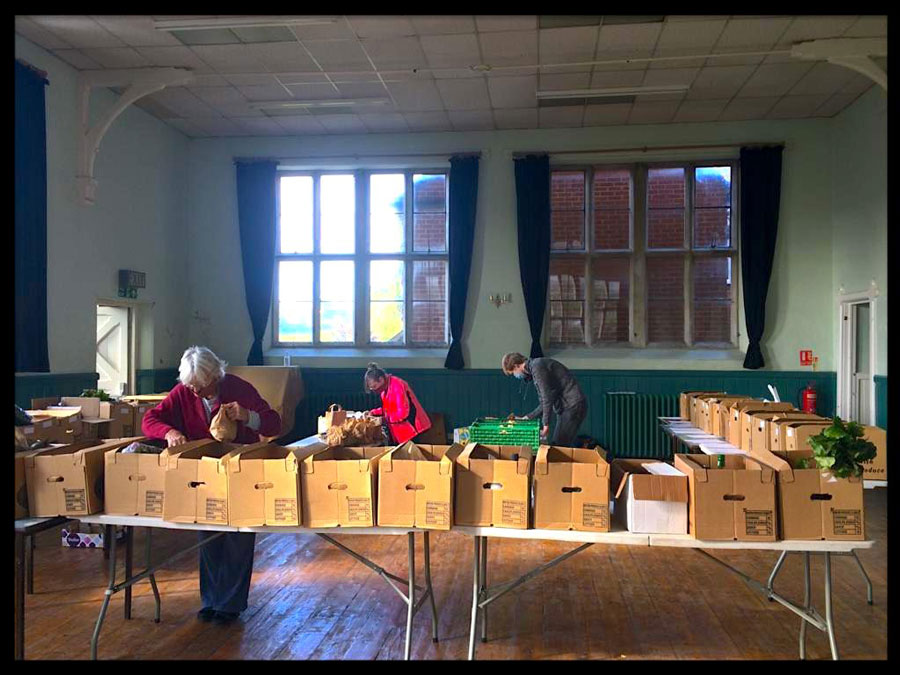 In this series of guest blogs, Lynne Davis, CEO of the Open Food Network, describes the business models of some of the food hubs and producers in their community. Here, in the fifth blog of the series, Lynne introduces Stroudco Food Hub.

Stroudco is one of the pioneers of the food hub model in the UK. Since 2008, Stroudco has been working to bring together local producers and coordinate a distribution service in the Stroud region.

Stroudco began as a group of allotmenteers driven to connect with local producers so they could buy local produce when their allotments were less productive. The group joined up with local schools and families to access pro bono packing space and volunteer labour to get the service off the ground. Today, Stroudco has an annual turnover of £80 000. They are registered as a community interest company (CIC) and deliver 20-30 food boxes a week with orders ranging from less than £10 to over £150. They employ two part time staff members, between five and seven paid delivery drivers, and a team of packing volunteers. The operations team is supported by a Board of Directors that oversees strategy and direction.

James Millar, one of the Directors of StroudCo, reflects that the food hub hasn’t seen a continuous growth over its 13 year history. In 2019, the group paused the business after their attempt to restructure as a cooperative failed. They restarted during the first lockdown of the pandemic with overwhelming demand and support from the community that they had established in the previous 11 years of operation, but things are precarious: “[Today] the service is still going, but we are just breaking even,” he says. “The Stroud area is well served for quality food and our offering is not significantly more affordable or convenient to enable us to scale.” While the service is viable, the group would like to grow so they can make greater progress towards their social and ecological aims.

StroudCo’s vision has four main strands to it:

In achieving this vision they strive not to prioritise either shoppers or producers. “We sit in between the producer and consumer in the food system, and we’re trying to not prioritise either of them, as they’re equally important,” says James. On the shopper side this means building personal relationships with shoppers through their service as well as their newsletter and communications. On the producer side this means paying over 80% of the retail price directly to the suppliers.

StroudCo works with a network of about 30 local suppliers offering a range of 300-400 products which fluctuates with the seasons. All producers are surveyed before being enabled to sell through the platform. Livestock producers must adhere to very high welfare standards. Packaging can be a tricky issue: “One of the main questions asked at the start when deciding on a supplier is packaging, and we will favour suppliers with minimal or compostable packaging. Cheese is particularly problematic, as packaging is needed to stop cheese from drying out. Salad is a problem too as it can’t be put in a paper bag,” says James. Beer and juices that come in a bottle are part of a re-use collection system. Products that they hold in stock to expand their range generally have more packaging, which highlights the waste-reducing benefits of short supply chains.

StroudCo are aware that the high standards to which they hold the produce on offer drive up the cost of production, pushing them out of many people’s price range. “No one complains that we are too expensive. People seem to accept the prices are for quality. However, we know we are more expensive than a supermarket.” As such, StroudCo aims to embed redistributive mechanisms within the business. For now, customers can donate to the food bank or a social enterprise offering surplus meals for people in the local area. In the last six months they’ve raised around £2000 for these organisations.

Despite the challenges, StroudCo are committed to the online food hub model as an important component of a re-localised food system, perhaps, in part, due to the important role they have played in pioneering it. At inception in 2008, they received funding to develop their website, before connecting with the Open Food Network in 2014. Nick Weir, one of the founders of StroudCo and a founder of the Open Food Network, was responsible for building links between the software of the two organisations. Nick says, “We realised that at StroudCo we were never going to make enough profit as a local, community business to fund the software development. When we built the StroudCo software, we intended it to be used across the UK to share costs. When we found the Open Food Network and realised there were groups in other countries striving to do the same thing, we could mutualise our efforts globally. This global collaboration to build tools for local food and short supply chains is at the heart of the Open Food Network.”

You can read more about StroudCo in the Open Food Network case study, here.