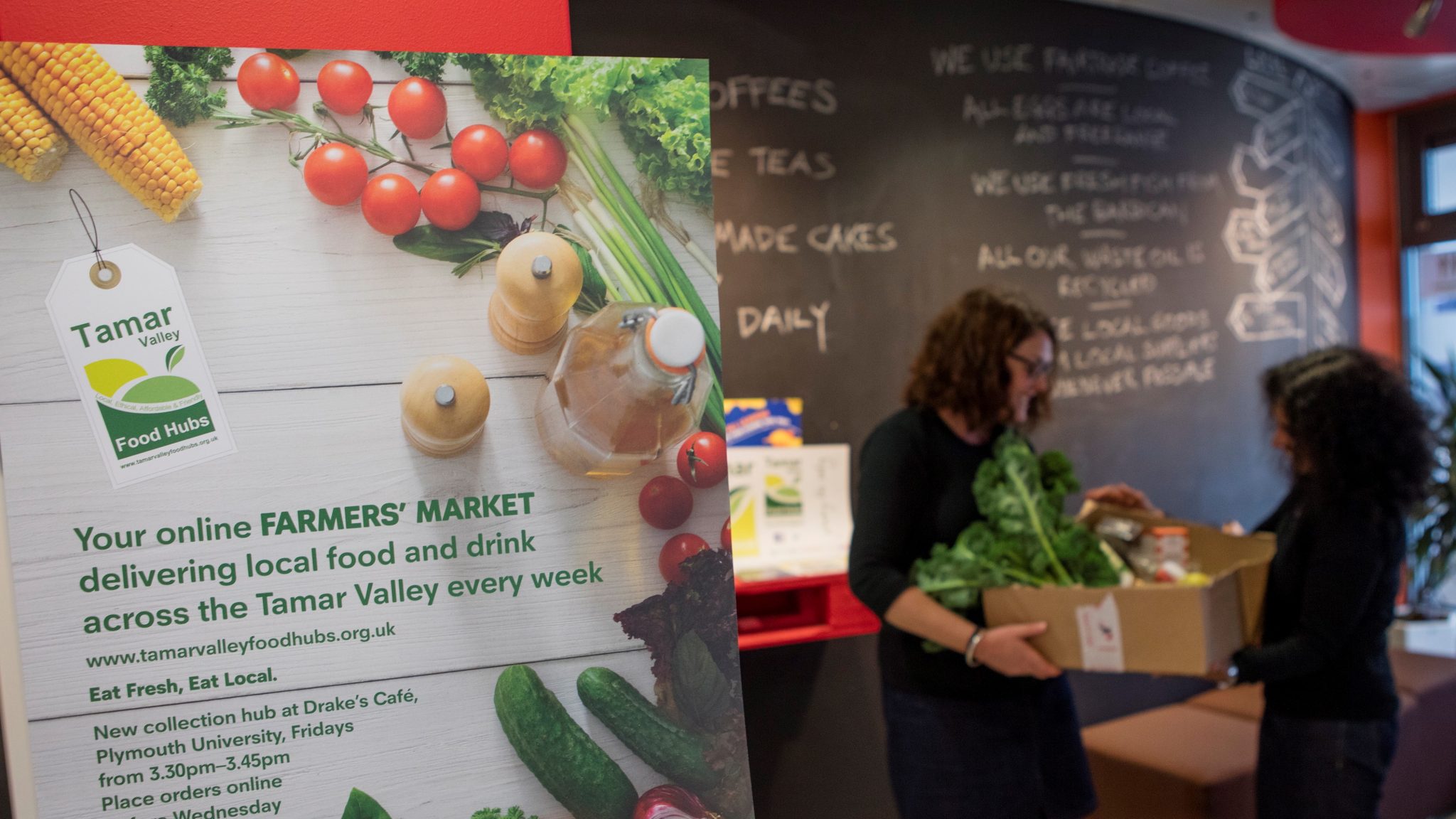 In this series of guest blogs, Lynne Davis, CEO of the Open Food Network, describes the business models of some of the food hubs and producers in their community. Here, in the first blog of the series, Lynne introduces Tamar Valley Food Hub.

Tamar Valley Food Hub is an early success story of the food hub movement in the UK. Based on the Cornish side of the Tamar Valley and operating under Tamar Grow Local CIC, the food hub serves local rural communities and delivers into Plymouth weekly on a Friday. With an annual turnover of about £250k and delivering 150 orders each week, the business employs nine part time staff.

‘The vision is that the Tamar Valley becomes, once again, an area well known for the range and quality of local produce, including food and cut flowers, which has been grown sustainably and is affordable to all who live in the area. Also, that the Tamar Valley is able to support local producers to earn a good living whilst helping to achieve this vision.’ – Sara Rock

Tamar Valley Food Hub was established in 2013. Sara Rock was one of the founding members. ‘In the early days we weren’t sure if we were going to make it [to viability]. Tenacity and determination played a crucial role!’. Turnover grew year on year consistently, but slowly. Grant funding played an important part through much of that time. Today, about a third of TGL’s revenue is from grant funding to support some of the community-benefit projects it runs alongside the food hub.

Tamar Grow Local CIC is the legal trading entity for Tamar Valley Food Hub and their other projects (more detail below). The organisation is governed on three levels: a board which meets monthly and steers high level strategy; the paid team of employees who make daily decisions by consensus (they adopt a flat management structure); and finally the wider community (suppliers, locals and shoppers), who are encouraged to participate in the development of the hub. It was shoppers’ suggestions that motivated them to recently adopt paperless invoicing.

2020 was a transformative year for Tamar Valley Food Hub. Sara recounts, ‘During the height of the first lockdown we were inundated. From one week to the next, orders grew three-fold. We had to close orders but then had frightened shoppers on the phone not knowing how they were going to get food. We realised we had an important role to play, coordinating our local network of producers, buying up the surplus that would have gone to pubs and restaurants, and helping to prioritise elderly and vulnerable shoppers.’ While sales now are not as high as during the peak of the pandemic, the Tamar team have retained the majority of this growth and as such have acquired additional delivery vehicles and moved to larger premises.

Food producers are truly at the heart of Tamar Valley Food Hub. The food hub model is designed to support producers, and as such, they offer a lot of flexibility and support alongside sending 85p of the retail pound to the local producers they work with. This means that food production can be viable at a much smaller scale. Alongside the food hub, the team are deeply embedded in their community, through consultancy, workshops, events and festivals. They coordinate an apple juice cooperative, juicing apples from local orchards for sale through the hub and a honey co-op between local bee-keepers. They manage allotments and run a starter farm project that offers new entrants to horticulture small, low-cost plots on which they can develop their skills with a guaranteed route to market. With these projects and local partnerships, the Tamar team is building not just a business, but a community and ecosystem around agroecological food production and community-centred supply chains.

The Tamar team feel that they have reached an appropriate scale – they can pay fair wages and maintain relationships with producers and shoppers. Their vision is that every region has a food hub. These food hubs can then be linked in a network like the South West Good Food Network, which is currently piloting a connective distribution network between four food hubs in Devon and Cornwall. The South West Good Food Network helps to distribute produce like high welfare chicken and gourmet mushrooms between the four hubs to fill gaps where there aren’t more local producers, and to increase the distribution range where producers need to access larger markets. The network is coordinated by Tamar team member Simon Platten. He says: ‘Not all produce requires the same distribution radius. Niche products need to access wider markets while other products, like carrots, can find very local homes. By networking food hubs, you can leverage the local distribution networks of food hubs more effectively. This is a vital link in helping to scale diversity on farms.’