The food industry presence at COP26

The food industry presence at COP26 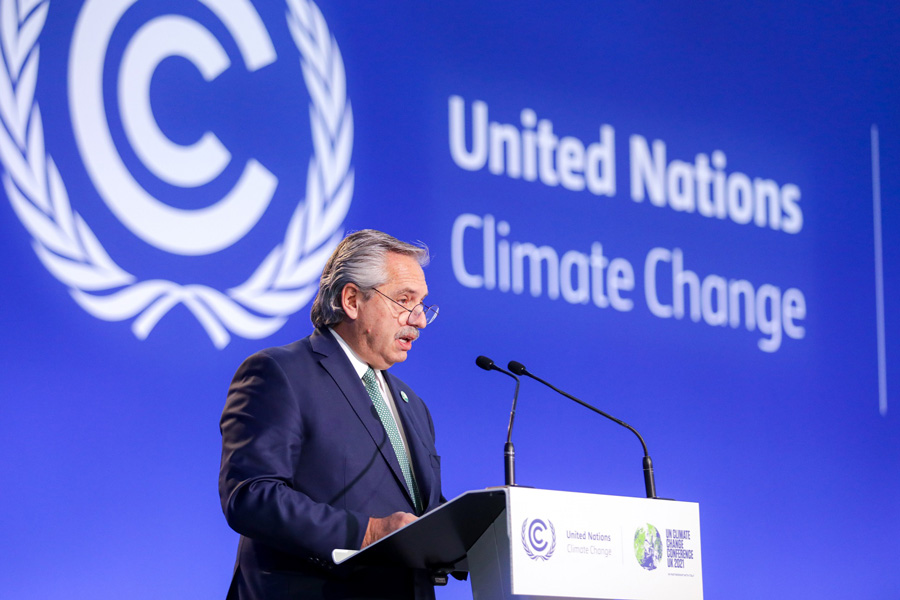 Casa Rosada (Argentina Presidency of the Nation), CC BY 2.5 AR , via Wikimedia Commons

It is a curious fact that although the global food system causes around a third of anthropogenic greenhouse gas emissions, it was largely absent from the agendas for discussion at COP26. Cars, coal, cash and trees, the Prime Minister kept repeating: not ‘farming’, ‘food supply chains’ or ‘diets’.

There are many possible explanations for this omission – rolled together, they might amount to: ‘that one’s just too tricky and divisive for now’. But a relevant factor may be the power of the food industry to protect its interests, not least by making sure its voice is heard at critical inter-governmental meetings.

The FRC has studied the United Nations’ official list of registered participants to COP26 in Glasgow, which provides details of the 21,695 people registered to attend from individual countries, as well as the 14 033 people who attended COP26 as observers. Participants from individual countries (‘Parties’) can take part in negotiations, while observers are permitted to make statements, hold side events and exhibits, provide written submissions on various issues under negotiation, and provide informal expert advice during workshops and intersessional meetings.

We have identified numerous participants with links to the food system – and in particular representatives of the food industry – who may seek not simply to observe proceedings, but also to exert a level of influence.

By our count (and we may have missed some), at least 75 representatives from 32 food and drink companies and/or trade associations attended COP26.

These are in addition to the conference’s sponsors, or ‘Principal Partners’, which included the British retail giant Sainsbury’s, and the multinational consumer goods company Unilever, manufacturer of food brands including Hellmann’s, Knorr, Magnum and Lipton. According to the conference’s website, these organisations “support(ed) COP26 by providing vital expertise, commitment and action to help tackle climate change.” (Although, according to one analysis, the 11 corporate sponsors of COP26 generated £260 billion in revenue in 2020 while collectively pumping out more than 375 million tonnes of carbon.)

It’s important to note that lobbying is not prohibited. The anti-corruption NGO Transparency International recognises that “lobbying is an integral part of a healthy democracy… It allows for various interest groups to present their views on public decisions that may come to affect them”. However, as the food policy expert Professor Marion Nestle has noted, lobbyists – particularly those representing food companies – “are paid to represent private not public- interests” and may have “a differential ability….to obtain laws and rules that act in their favour” that civil society actors and independent experts lack¹.

So how do food industry lobbyists get into COP? Our analysis found that some were able to attend because they were included in a country’s delegation of officials.

Ghana’s delegation included two representatives of the Global Shea Alliance and a representative of Cocoa Life (an initiative from the confectionery multinational Mondelēz).

Malaysia’s delegation included the European regional manager of the Malaysian Palm Oil Board.

Industry in attendance as members of ‘non-governmental organisations’

Outside of national delegations, food company lobbyists also gained access as observers by registering and attending under the label of ‘non-governmental organisations’, which is interpreted to include sectoral trade associations and cross-cutting business alliances.

By joining the delegations of these bodies, numerous food industry representatives were able to attend COP26. They included:

From the commodity trading and agrochemical sectors:

From the food and snack manufacturing sector:

From the soft drink and beverage sector:

From the retail sector:

From farming and producer interest groups:

It’s important to note that numerous NGOs that do not represent food industry interests also attended COP26 as observers.

It does not necessarily follow that access to a climate change conference denotes influence on negotiations –  but why would so many organisations want to be there if this were not the case? The number of corporate lobbyists representing food and drink interests must raise questions about power, access and influence, and the resulting risk of a policy bias against sustainability.

One question is: how did the employees of food and drink companies come to be accredited to so many different trade association delegations, in some cases with staff from the same company attached to different delegations? We have transparency about registration numbers, but not about the allocation process. More importantly, did business representatives who were accredited as members of official national delegations get access to the Blue Zone, where the official negotiations took place? And if so, were they able to put pressure on countries or on national and regional negotiators to support or to weaken specific proposals? Should the UN monitor and limit the numbers of attendees per organisation? Would such actions be democratic or legal?

As the COP process continues and the links between food production, food consumption and climate change become ever clearer, we believe that these questions deserve more critical attention.

Antony So is the FRC Communications and Engagement Officer, and an alumnus of the Centre for Food Policy’s MSc programme. He is a communications and policy professional with extensive experience at the intersection of business, communications and politics. His international career has included work with the Organisation for Economic Co-operation and Development, the British Chamber of Commerce, the Food and Drink Federation, the United States Senate and for several political campaigns.