Thinking outside of the box scheme: learning from the past

Thinking outside of the box scheme: learning from the past 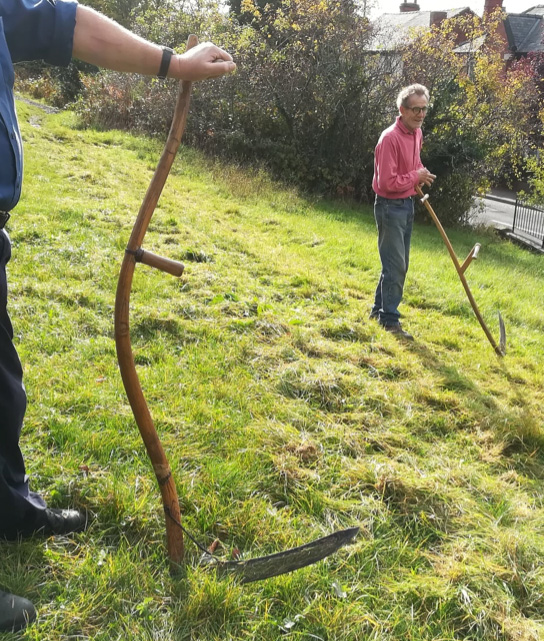 Food hubs come in all shapes and sizes. In the research literature on food hubs, a distinction is commonly made between producer hubs and citizen hubs. The former are characterised as producers working together to integrate supply chains and consumption to attain market efficiency. As intermediaries, producer hubs enable small producers to band together to supply larger customers otherwise beyond their reach.

Citizen hubs, on the other hand, have a much broader civic purpose. Their main drivers are to address food insecurity and food poverty through food education and community cohesion whilst reducing food environmental impact and waste. This description aligns well to the Food Research Collaboration’s category of ‘sustainable food hubs’.  In many ways they address the ‘market failures’ of the food market (growth) economy, of which producer hubs may be a part.

This distinction is largely for explanatory purposes, of course, as many food hubs do a bit of both. But it is a useful pointer when it comes to deciding how hubs’ performance can be developed and improved.

A popular policy means of improving citizen food hub performance is innovation. In growth economies, this is often thought of as technical or economic innovation. But in the social economy – which the EU defines as being concerned with social, societal and environmental development, and carbon reduction, in pursuit of the public interest, rather than financial return – social innovation has a key role to play. Innovation in general tends to be considered to be about the ‘new’ and any notion of ‘learning from the past’ is not really taken seriously.

So, can citizen food hubs (which operate largely in the social economy), learn anything from the way we used to do things? I’ve never forgotten a phrase in the 1993 book Culture and Truth by the American cultural anthropologist Renato Rosaldo: “We valorise innovation, and then yearn for more stable worlds”. Maybe a bit of innovation from the past might help.

There’s been loads of citizen food hub social innovation in the Pandemic. The Guardian on the 24th August 2020 reported that countless hubs, from Cambridge to Hexham that had planted out public lands using voluntary effort. Back garden production burgeoned, foraging and gleaning increased, and non-monetary food exchanges developed. Food bank business, like it or not, has exploded, too, not least in my home county of Lincolnshire where I run the Lincolnshire Food Partnership, helping (amongst other things) to coordinate the 58 food banks in the County.

All of these have exact parallels with food-related social innovation in the Second World War. ‘Voluntary’ effort was called for by the state to work converted ornamental lands (including London’s public parks) for food, and 500,000 new allotments were announced in 1940. Back garden produce was a cornerstone of the ‘Dig for Victory’ campaign, cookbooks on foraging were produced and, in the War, the food banks of the day – known as ‘soup kitchens’ – did a brisk trade. Much food was bartered, swapped, or just given.¹ Was the recent Covid experience an example of learning from the past or just coincidence?

The contemporary food lexicon is informative here: the ‘re-’ prefix is very much in the ascendency. Re-generative agriculture concerns soil re-storation to improve re-silience (rebounding or springing back). Soil expert Professor Jane Rickson recently described regenerative agriculture as: ‘new practices but also not so new practices – some of them are very traditional practices’.² Drawing on the past is no coincidence here.

And re-localisation is high in the food consciousness, too. As a counter-position to globalisation, or part of the broader sustainability agenda, or both, many hubs are innovating to return food to being more local in scale, which in turn affects modes of production, food miles and community re-connection.

Research funded by the National Innovation Centre for Rural Enterprise is exploring this ‘learning from the past’ in three citizen food hubs: in Lincolnshire, Brighton and Hove, and Cornwall. Comments with interviewees throw light on their connections between the past and current practice:

“Many people today simply don’t know when something is bad to eat. This is knowledge that everyone would have had in the past” (food museum);

“In the Park, nearly all of what we do in terms of food is retro” (urban park);

This could of course, be mere nostalgia. But there is a view that returning to examine ‘the way we used to do things’ is an essential part of social innovation and a strong basis for renewal and satisfaction in improving many aspects of the future of food. Henry Dimbleby’s 2021 National Food Strategy, The Plan agrees. In his introduction to recommendations for a long-term shift in food culture, he begins:

“We cannot make lasting changes to the food system without innovation in the widest sense. We need to change the way we use our land, reintroducing forgotten farming wisdom while simultaneously developing robots and AI to serve the farms of the future.”³

[1] Close accounts of these experiences are not that common, but Natacha Chevalier’s Doctoral Thesis is informative: http://sro.sussex.ac.uk/id/eprint/63978/

Nigel Curry is a visiting professor at the University of Lincoln, and Chair of the Lincolnshire Food Partnership. He is a director at Regenerative Food and Farming and Chaired the Good Food East Midlands regional food board between 2016 and 2018. He is also member of the Lincolnshire Local Enterprise Partnership’s ESIF Committee and a Lincoln Climate Commissioner.  This blog draws on research funded from the National Innovation Centre for Rural Enterprise’s call for research and innovation.