Post-Brexit food trade across the UK’s Borders: Some inconvenient truths

Tony Lewis, Head of Policy at the Chartered Institute of Environmental Health

As far back as April of this year, in our Brexit briefing paper: Food, Brexit and Northern Ireland: Critical Issues , Gary 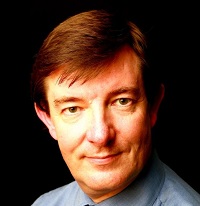 McFarlane, Tim Lang and I highlighted the dangers potentially generated by Brexit for our imports and exports of food to and from Northern Ireland. In that paper we mainly focused on trade across the land border between Northern Ireland and the Republic of Ireland. In July, in the follow-up Brexit briefing paper Feeding Britain: Food Security After Brexit, we extended our concerns to the UK’s sea ports and to the challenges that we foresee to Britain’s food supply post-Brexit.

Despite being vilified by some politicians in favour of Brexit, we have been consistently clear in our view that the UK Government is not preparing adequately for a Food Brexit. Inter alia, we said that Government must maintain an explicit focus on the potential adverse effects of Brexit on food security in the UK whilst negotiating the UK’s future trading relationships with the EU and other jurisdictions, and that it should avoid a hard Food Brexit at all costs.

We also highlighted the ongoing importance of safety and hygiene inspection of foods at our ports by environmental health professionals. We pointed out that proper food inspection requires someone to look inside lorries and make judgements about critical food safety and standards. To suggest that there is no need for such checks, leaves the policy door wide open both for unsafe food to enter the system and for criminal and fraudulent activities. We drew attention to the nonsensical claims of some politicians that such checks might be achieved by ‘technological means’. We were among the first to highlight that the initiation of appropriate border/port food controls, post-Brexit, might result in tailbacks extending to some 17 miles on either side of the Dover-Calais route across the Channel at the end of Day 1 after Brexit.

With less than 150 days to go to Brexit and, rather late in the day, it would finally seem that our consistent messages are being echoed by key institutions, notably the National Audit Office (NAO), which on 24 October published its review The UK Border – Preparedness for EU Exit. In this grim report, the NAO highlights that in the event of a ‘no-deal’ Brexit, ‘new customs controls, tariffs and non-tariff barriers might apply to around £423 billion of trade at the UK border’. The inescapable implication is that considerable extra staff and resources will be needed at ports to deal with this novel workload.

The NAO report highlights that:

In the meantime, Chris Grayling, the Transport Secretary, has, according to media reports warned Cabinet colleagues that, in the event of no-deal, the Dover-Calais import/export route could, as a result of considerable tailbacks at the port and a lack of resources to handle new customs and health and hygiene regimes, run at only 12-25 per cent of normal capacity for up to six months. Furthermore, a massive decline in capacity could arise if France, after a no-deal outcome, took a rigorous view about the need to check incoming goods at the Calais end, which could likewise see a clogging up of the Dover-Calais artery for months, endangering the supply of food (and medicine) to the UK.  The Financial Times reports that Mr Grayling has, therefore, discussed with colleagues the idea of chartering ships to bring supplies into other ports.

Clearly, Mr Grayling has little practical idea of how the UK and other countries operate border controls to protect the health of the public. Where, for example, is the UK going to find all of the additional port health inspectors to undertake the necessary safety and hygiene clearance work for the cargo handled by any such flotilla, and who is going to pay for them? Even more fundamentally, the ports do not have sufficient warehousing, detention and inspection facilities to cope with the workload likely on the back of no-deal, let alone to cope with the cargo from a flotilla of additional ships. Beyond the ports, we know from the Food Storage and Distribution Federation that the UK only has some 385 refrigerated warehouses, and 90% of those are already in constant use.

The scale of the challenge is, frankly, awesome. A total of 470 million tonnes of freight passed through UK ports in 2017, with 110 million more tonnes coming in than going out. A very significant amount (some 18.25 million tonnes) of this freight is food, and a lot of it is fresh or perishable: fruit, vegetables, meat, dairy products. The British Retail Consortium (BRC) reported that in the run-up to Christmas 2017, 130 lorry-loads of citrus fruit came through Dover from Spain every single day.

To tackle the challenge, what the UK requires is clear leadership from Government and a strong commitment to take Food Brexit seriously. Public authorities need to stop indulging in magical thinking when it comes to feeding Britain safely and adequately after the UK leaves the EU, and engage with practicalities. The scale of the challenge is huge but the risks from not adequately addressing it are profound.